Where Are They Now: CCIL Scholarship Awardee Yoon Jeong 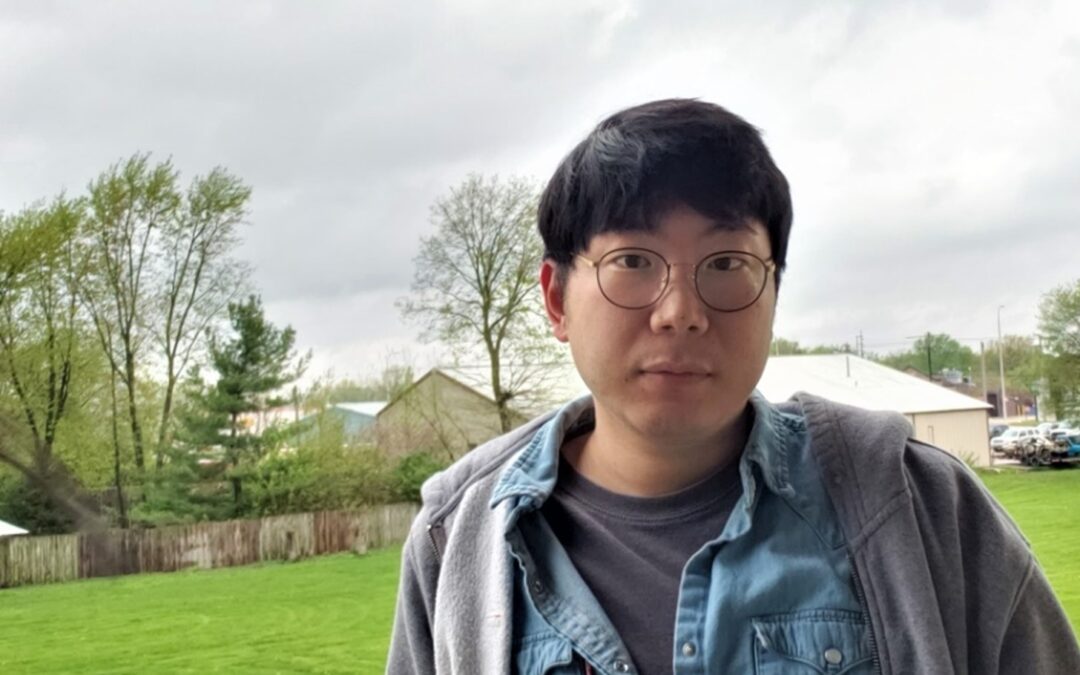 Urbana, Ill. – Microorganisms like bacteria make up colonies and clusters that produce metabolites with particular properties, creating a microbiome that impacts human health and disease, including cancer. Yoon Jeong, a recipient of the Cancer Center at Illinois (CCIL) Graduate Cancer Scholarship, is exploring this relationship between microorganisms and cancer cells.

The difficulties in this research lie in the technical problem of studying both bacteria and cancer cells at the same time, and in cultivating specific microorganisms within the lab, and isolating and growing them into colonies that scientists can work with.

Jeong is using a biocompatible hydrogel system that he developed which has a biomimetic architecture and allows the bacteria to grow and cultivate with cancer cells. This system is unique as it encapsulates bacteria within membrane layers and enables free diffusion of small molecules and nutrients.

“The hydrogel system is similar to the biofilm structures that bacteria normally form when they colonize, but previous hydrogel systems disintegrated after only one or two days and started leaking microbial cells,” Jeong said. “To prevent that, I created a hydrogel membrane layer that allowed the microorganisms to continue growing and producing the molecules we study.”

In the past, Jeong’s research focused on developing this hydrogel model to understand bacteria’s behaviors upon confinement, which he is now using to characterize the relationship between microorganisms and cancer cells.

The major goal of his current research is to establish a robust co-culture platform for evaluating dynamic responses of a diverse group of microorganisms and cancer cells. Jeong and his supervisor, CCIL researcher and Associate Director for Shared Resources Joseph Irudayaraj, believe that certain molecules including metabolites and proteins expressed by these two organisms may be responsible for exotic biological responses.

“When the cells and the bacteria are under the co-cultured conditions, they recognize each other and dynamically produce specific molecules. By observing them, we can try to identify if specific molecules are triggering biological processes, unexplored,” Jeong said.

The CCIL Graduate Cancer Scholarship Program is funding Jeong’s further explorations into designing a bacteria-oncological screening strategy based on high-throughput screening (HTPS). This strategy will involve developing a different type of hydrogel capsule structure that will enable him to test different combinations of microorganisms and numerous scenarios via a phenotypic screening system.

A patient’s gut microbiome can be very unique and can become dysregulated with diseases such as cancer. With his screening strategy, Jeong hopes to develop a system to screen those microorganisms and determine cancer progression characteristics.

“It will take a lot of time to design and conduct the research, but the CCIL scholarship has helped me initiate the basic studies for this and obtain preliminary results,” Jeong said.

Jeong’s previous studies have included work with the microbiome’s role in pancreatic cancer recurrence. His primary goal is to continue developing the screening and dynamic evaluation system and expand into applications with specific cancers including prostate, liver, colorectal, and pancreatic cancers and in-depth studies to evaluate cancer incidence, progression, and recurrence, as well as efficacy of chemotherapeutic interventions.

In the future, Jeong hopes to see his system contribute to better understanding of cancer progression and status, but also in other diseases that are triggered by microorganisms. He aims to continue developing systems in meta-phenomics and integrating technology for healthcare.