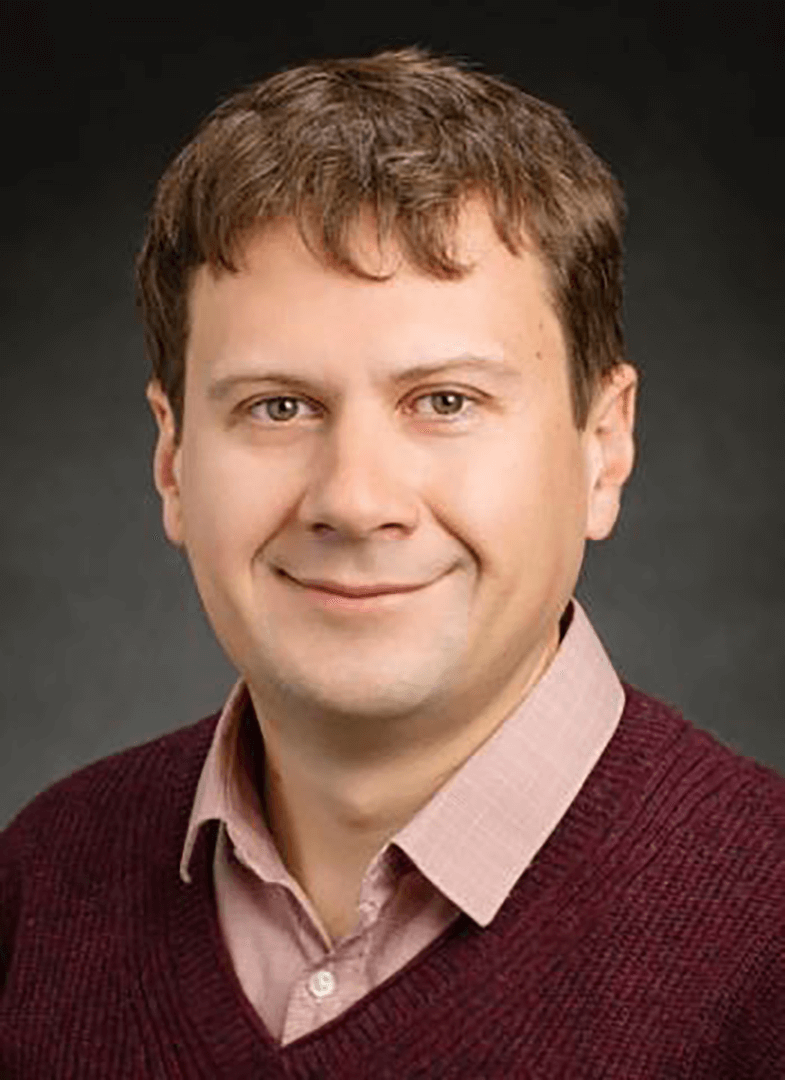 Aleksei Aksimentiev’s research aims to understand the molecular basis of drug resistance in cancer. His goal is to connect atomic-scale structures of DNA, nucleosomes, and their modification to drug resistance by characterizing the microscopic processes leading to genome changes. In order to characterize the microscopic mechanics of DNA, DNA binding to histon proteins in a nucleosome, and self-association of distance DNA fragments mediated by physical forces, he uses all-atom and coarse-grained molecular dynamics simulations. Aksimentiev studies the organization of DNA in a nucleolus of a eukaryotic cell because it holds the key to unraveling the mechanisms of gene regulation and cell differentiation, and is critical to establishing the molecular origins of cancer.

Aksimentiev received his master’s degree in physics from the Ivan Franko Lviv State University, Lviv, Ukraine, and his PhD in chemistry from the Institute of Physical Chemistry, Warsaw, Poland. After brief postdoctoral training at Mitsui Chemicals, Japan, he joined the University of Illinois as a postdoctoral research associate and became a faculty member of the Physics Department in 2005. Aksimentiev is currently a professor of physics and bioengineering, and an affiliate at the Carl R. Woese Institute for Genomic Biology, the Beckman Institute for Advanced Science and Technology, and the National Center for Supercomputing Applications.