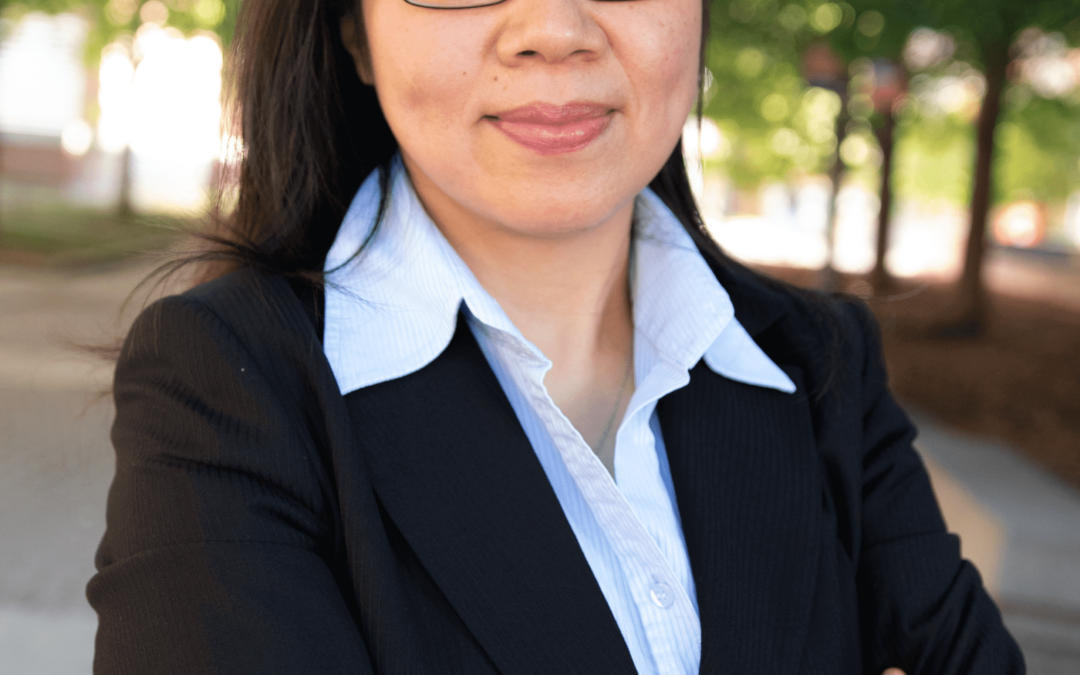 Urbana, Ill. – Over the past year, the Hong Jin lab at the University of Illinois has been focusing on a potential oncogene, developmentally-regulated GTP-ase (Drg1), and its function in tumor progression. A recent, critical decision to examine yeast orthologs of Drg1 has revealed its molecular purpose.

Drg1 is a universally conserved protein in cells, indicating its essential role in healthy cells. Hong Jin, Cancer Center at Illinois researcher and professor of biochemistry, biophysics and quantitative biology, first hypothesized that Drg1 checks for errors in protein production, which was largely correct.

Drg1 has an ortholog, a gene that shares an ancestor with a gene in another species, in yeast cells which is called Rbg1. As orthologs, these genes likely perform the same tasks and share a similar molecular structure. By using a yeast model system, the Jin lab was able to discover the function of these essential proteins and recently published their findings in Cell Reports.

“We used both yeast and human cell systems, but the yeast model system gave us the function first. Because these proteins are universally conserved, we know that it is very likely to perform the same function in humans,” Jin said.

Protein production is not always a smooth process; translation errors often occur and can be caused by many incidents. In healthy cells, however, there are pathways in place to correct such errors.

“Imagine a highway, for example – it’s not going to be one smooth, uninterrupted drive. There might be delays or accidents,” Jin said. “And it’s the same in human cells when they make proteins – the ribosome will sometimes stop in “the middle of the road,” or the middle of protein synthesis. But there are “fixing” systems that tell the stalled ribosome to ‘restart the engine and keep moving,’ and that’s where Drg1 comes in.”

Drg1, or Rbg1 in yeast cells, fixes the stalled ribosomes in the translation pathway, so that the other ribosomes in the production line can then continue to perform their function, ensuring the success of protein synthesis.

Without these cellular ‘fixing’ systems, stalls in protein synthesis can inflict physical damage to mRNAs and impair protein homeostasis, causing cells to enter a disease state. Elevated levels of Drg1 proteins have been found in many cancer subtypes including lung cancer, and mutations in Drg1 have been linked to developmental and neurological diseases, especially in children.*

By analyzing the molecular structure of the yeast ortholog Rbg1, Jin discovered critical information about the binding interface of the protein. With this structural information, Jin hopes to provide a highly specific target for cancer therapeutics.

“Right now, we just know the function of Drg1, and we’ve previously found elevated expression of Drg1 in lung cancer. This could lead to further research about Drg1’s role in cancer cells,” Jin said. “Drg1 could also be a possible target for cancer drug development. Most drugs target canonical pathways, but these also affect normal cells. By focusing our research on special pathways, we can develop strategies to target those mechanisms and cancer cells, with little/limited effect on normal cells.”

Another Drg1 / Rbg1 project, in collaboration with researchers at UC Berkeley, is examining the proteins’ role in cellular multiplication. These proteins combine with microtubules, cytoskeletons of cells, and appear to play a role in the cell cycle, especially where protein synthesis needs to be repressed.

“From the point of view of a researcher, I would like to see this protein confirmed in its role that it plays in fundamental pathways in the cell. From the application side of things, I want to see this research used to develop strategies for treating disease,” said Jin.

Hong Jin is a professor of department of biochemistry and Cancer Center at Illinois researcher. Jin is also affiliated with the Carl R. Woese Institute for Genomic Biology and the Center for Biophysics and Quantitative Biology. Jin focuses her research on drug discovery, cancer, regulation of gene expression, protein synthesis, and genomics. Read more about Jin’s research and lab.