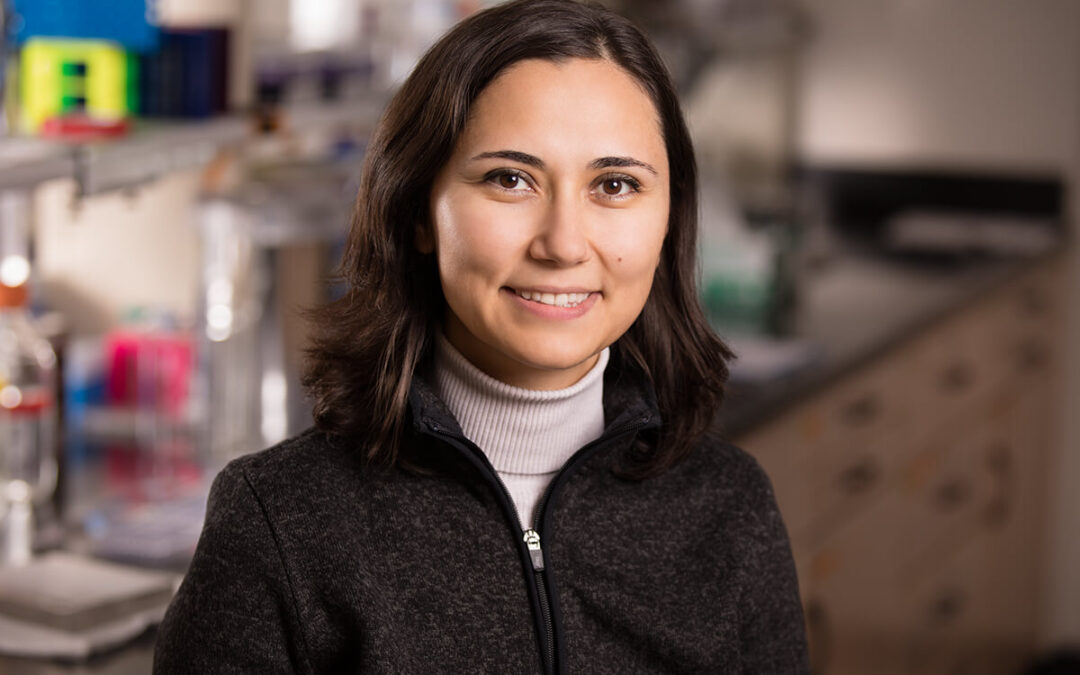 CHAMPAIGN, Ill. — Treating ovariectomized mice with a combination of conjugated estrogens and the drug bazedoxifene triggers the expression of genes that improve metabolism and prevent weight gain – without stimulating the uterus and increasing risks of reproductive cancer, a new study suggests.

University of Illinois food science and human nutrition professor Zeynep Madak-Erdogan led a group of researchers who explored the effects of conjugated estrogens and bazedoxifene on the liver by analyzing gene transcription and the metabolism of about 150 chemicals in the blood. The findings were reported in a paper published in the online journal PLOS One.

Bazedoxifene is commonly prescribed in combination with conjugated estrogens to prevent postmenopausal osteoporosis. It is among a class of compounds known as selective estrogen receptor modulators, which bind to estrogen receptors and either promote or block their activity.

“Once women enter menopause and estrogens are lost, their metabolism is rewired, in the sense that they often start gaining weight, their bad cholesterol increases, their good cholesterol decreases and they may become pre-diabetic,” Madak-Erdogan said. “If they are prescribed a combination of bazedoxifene and conjugated estrogens, these symptoms often improve.”