Colorectal cancer in context: How the food environment affects the gut 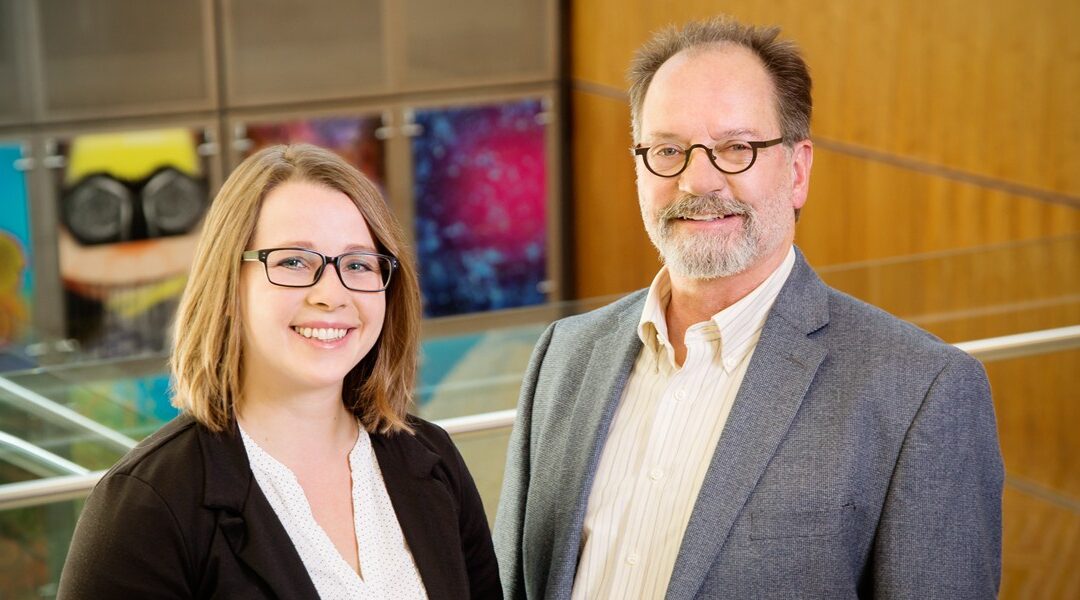 Urbana, Ill. – Colorectal cancer is expected to claim more than 52,000 American lives in 2022, and if this year is like most others, Black Americans will bear the brunt of the disease. To understand the disparity in context, University of Illinois researchers looked at the intersection of bile acids, gut microbes, racial identity, and neighborhood food environment in the development of colorectal cancer.

“Our review leverages important foundational research to investigate microbial mechanisms of cancer health disparities related to barriers in the food environment,” says Patricia Wolf, postdoctoral researcher in the Department of Animal Sciences and the Cancer Education and Career Development Program at U of I. Wolf is the lead author of the review published in mSystems.

Let’s start in the gut. Bile acids help digest and absorb fats, cholesterol, and certain vitamins. Microbes metabolize these acids, reconfiguring them into new forms called secondary bile acids. Some of these are benign and may even be beneficial, but others cause inflammation or damage DNA. When these negative effects build up, cancer can follow.

Scientists don’t fully understand what tips the balance between beneficial and damaging secondary bile acids, but they do know diet plays a big role. Wolf says plenty of research links colorectal cancer with Western diets, including fatty and processed foods. But since Americans from all walks of life consume Western diets, something more must be going on for Black Americans.

“On average, Black/African American individuals live more than a mile further from full-service supermarkets than non-Hispanic white individuals. People living in these food deserts have no choice but to shop at either convenience outlets or bodegas. This impacts dietary intake – fewer whole foods, less fiber and calcium – and likely changes the gut environment,” Wolf says.

Wolf notes she and her colleagues aren’t the first to link food deserts, poor diet, and racial disparities, but their review goes a step further to consider how these disparities affect bile acids, gut microbes, and cancer incidence. They lay out how each aspect of the food environment, as well as other socioeconomic realities, affect these downstream effects.

Excessive saturated fats and polyunsaturated fats such as corn and safflower oil are associated with increases in total and secondary bile acids, including several specific forms that increase inflammation and cancer risk. Heavy alcohol consumption does essentially the same thing. And Wolf notes neighborhoods with little access to healthy foods are often saturated with fast food restaurants and liquor stores.

Conversely, fiber and calcium decrease the bioavailability of secondary bile acids, offering a layer of protection against cellular and DNA damage. But these nutrients are often absent or less available in fast- or processed-food formats and in the foods available in small convenience stores.

“There is overwhelming evidence those most susceptible to colorectal cancer disparities have inequitable access to high-quality food driven by racist housing policies and predatory marketing strategies. If associations are observed between bile acid composition and the neighborhood food environment, this could lead to the expansion of national programs that reduce barriers to bile acid-mitigating nutrients or policies aimed to reduce fast food and convenience store saturation in low socioeconomic-status neighborhoods,” Wolf says.

Wolf first acquired an interest in the topic as a student working in the laboratory of animal sciences professor Rex Gaskins. In 2017, Wolf and Gaskins discovered Black Americans harbor 10 times more colonic sulfidogenic bacteria than non-Hispanic white Americans. Now a member of the Microbes and Social Equity Working Group, Wolf hopes shining a light on the food environment of some Black Americans will put the focus back where it belongs.

“We can’t continue blaming the victim for having a disparity. We really have to think about the full context, the environment and how it impacts long-term health outcomes. There’s good evidence to show bile acids play a role in colorectal cancer, but we don’t know the nuances of interactions between nutrients and bile acids, and the downstream implications of these bile acid transformations. Our ongoing work starts to fill in some of those blanks.”

The Department of Animal Sciences is in the College of Agricultural, Consumer and Environmental Sciences at the University of Illinois Urbana-Champaign.