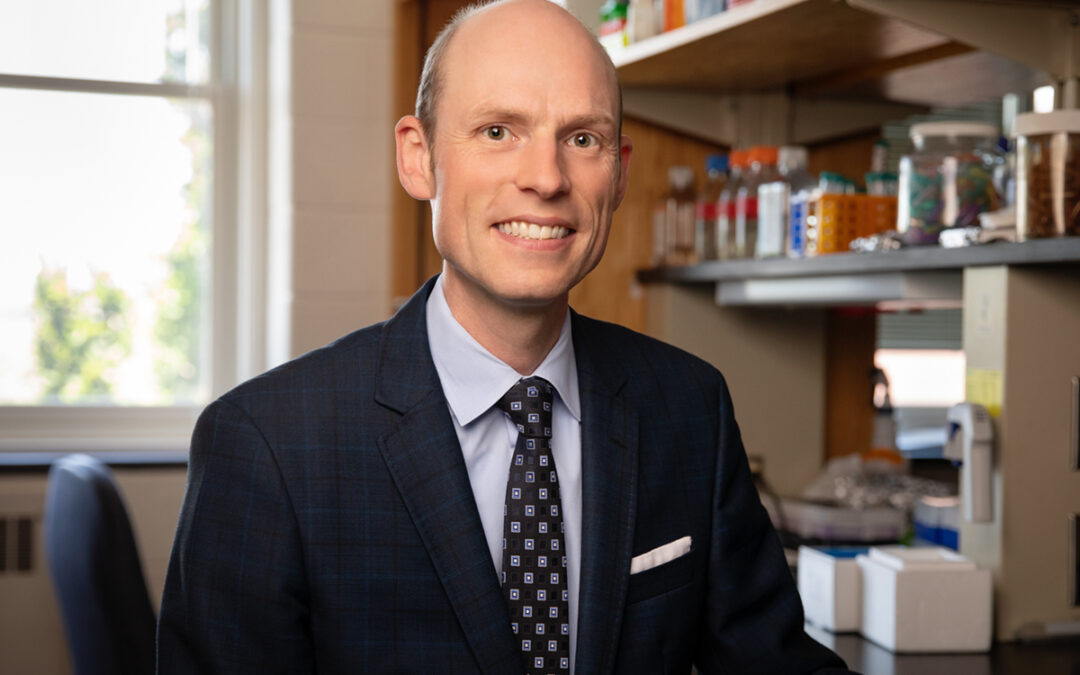 Urbana, Ill. – Scientists working to understand the cellular processes linking high cholesterol to breast cancer recurrence and metastasis report that a byproduct of cholesterol metabolism causes some cells to send out cancer-promoting signals to other cells. These signals are packaged in membrane-bound compartments called extracellular vesicles.

Reported in the journal Endocrinology, the discovery could lead to the development of new anti-cancer therapies, researchers say.

“Extracellular vesicles play an important role in normal physiology, but they also have been implicated before in cancer biology,” said study lead Erik Nelson, a professor of molecular and integrative physiology at the University of Illinois Urbana-Champaign. “These particles carry cargo from one cell to another. This cargo is important because it’s diverse and acts as a communication network. But very little is known about what regulates the vesicles.”

In earlier studies, Nelson and his colleagues found that 27-hydroxycholesterol, a byproduct of cholesterol metabolism, promotes tumor growth by binding to estrogen receptors on various tissues, spurring estrogen-responsive cancer cells to proliferate and grow. The researchers also discovered that 27HC suppresses immune function.

To understand more precisely how 27HC acts on cells, in the new study the team exposed several types of cells to the metabolite – including immune cells known as polymorphonuclear neutrophils.

“When we treated neutrophils, a type of white blood cell, with 27-hydroxycholesterol, they started spewing out extracellular vesicles,” Nelson said.

The vesicles contained a unique collection of signaling molecules, the researchers found. And when injected into mouse models of mammary cancer, the vesicles “promoted both breast tumor growth and breast cancer metastasis,” Nelson said.

“This is an important study because it establishes that a hormone or a metabolite can regulate these extracellular vesicles,” Nelson said. “Understanding how this system works might prove to be therapeutically useful.”

Nelson also is a professor of nutritional sciences and an affiliate of the Carl R. Woese Institute for Genomic Biology and the Cancer Center at Illinois.