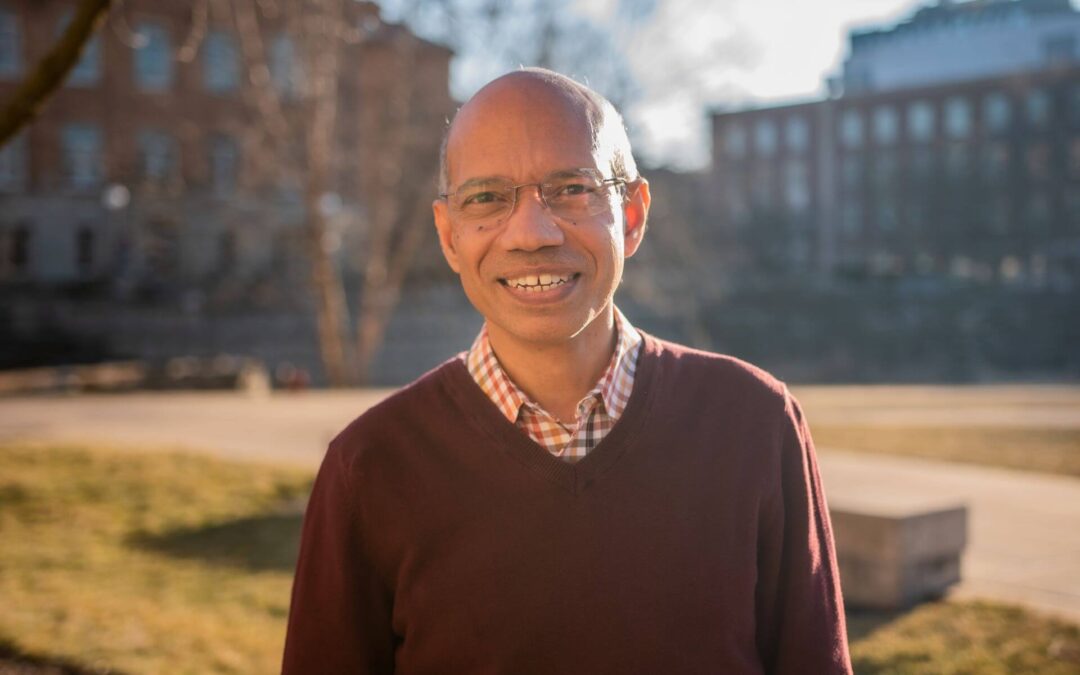 Urbana, Ill. – When Taher Saif, professor of mechanical science and engineering, joined Illinois over two decades ago, he thought he would use his skills to help people – by improving their vehicles and cell phones – but just a few years later, he realized his expertise could be put towards another cause: fighting cancer.

Saif spent his early career in applied mathematics, where his lab work focused on solving equations and developing micro-electro-mechanical systems, or MEMS. An Illinois colleague asked Saif if he could apply his research to test the viability of embryos to determine success after implantation in women seeking fertility treatments.

“I had no connection with biology or human health … I took him up on the offer because I thought this was an opportunity to help people,” Saif said.

Saif was having difficulties on this project, so he reached out to a renowned scientist at Harvard in the field, Professor Donald Ingber, who sent him a postdoc to teach him how to “pluck the right string” and get the results his team was looking for.

“That was the beginning of my journey into biology – using the sensors I was developing for cars and aircrafts to test biological specimans for human needs. I got really fascinated by it. I could see how lives can be changed,” Saif said. 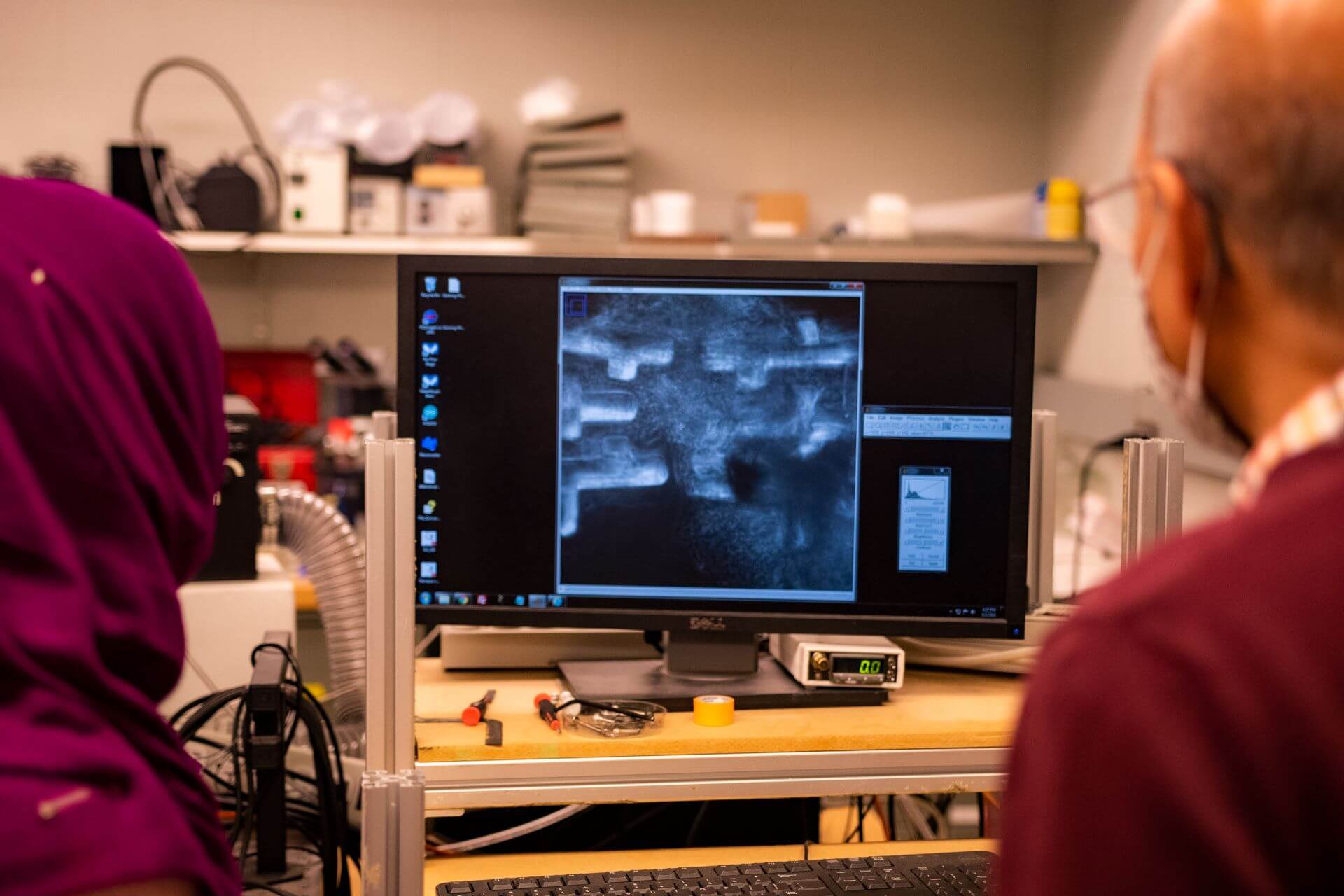 “As I started to read and learn more and more, cancer became a focus for me. My father had passed away from pancreatic cancer. It’s really, really painful – for both the patient and the family. He suffered for three years … and even then, I thought that I needed to do something about it so that others would not suffer that way,” Saif said.

For the past decade, Saif’s lab has been working on an extensive cancer research project to better understand the effect of tumor stiffness and force of tumor cells. His current cancer projects have primarily focused on colon cancer, though it has implications for a number of other cancers.

Colon tumors are made up of both cancerous and stromal cells that make up a significant part of the tumor. The cancer cells recruit normal fibroblasts, transforming them into cancer associated fibroblasts (CAFs) or “slave cells” that produce growth factors and alter the tumor microenvironment – promoting tumor metastasis. 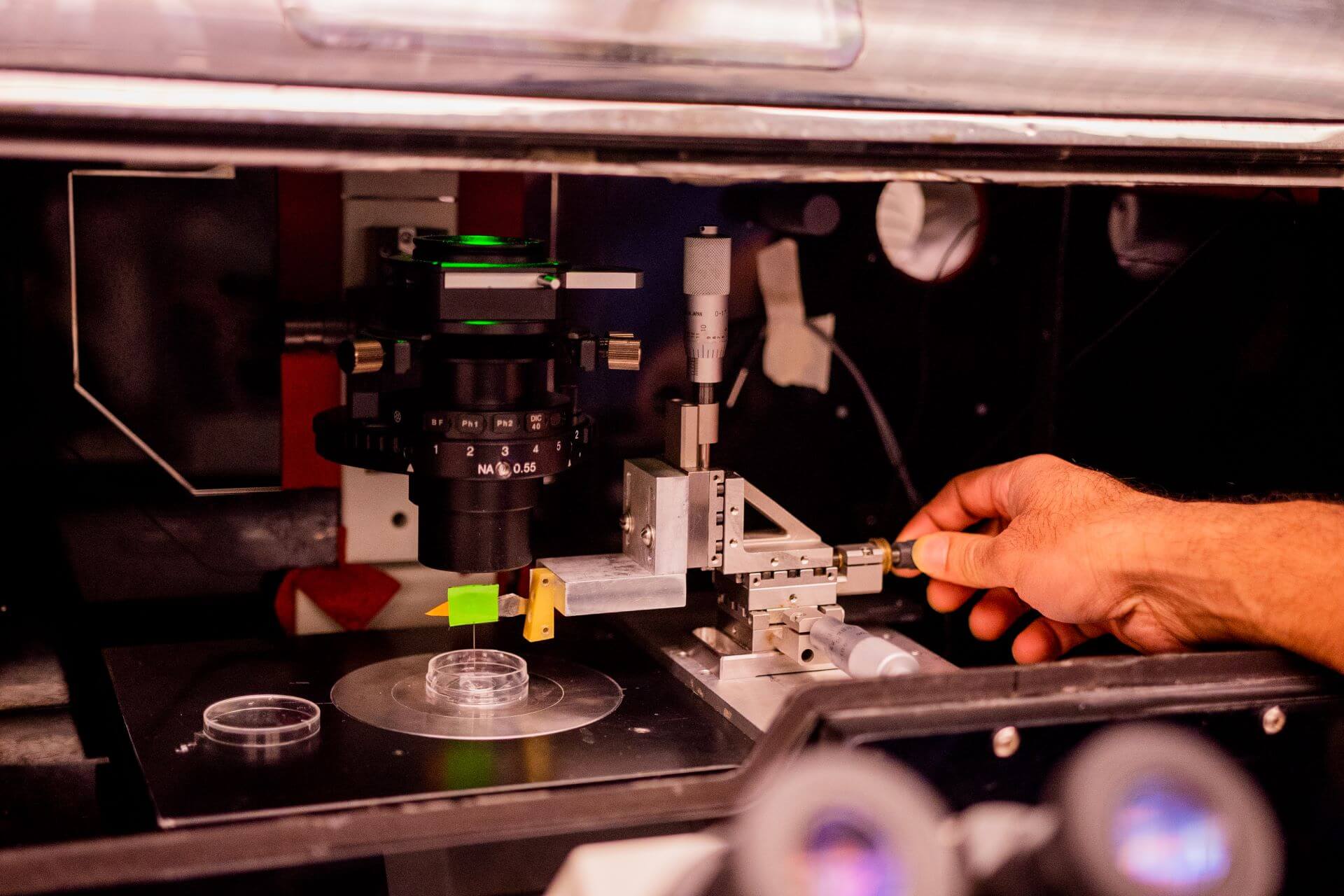 “The CAFs, together with other stromal cells, begin to provide what the cancer cells need to go through the metastatic journey – they detach from one another, get into the bloodstream, and then they go into other organs and spread the cancer,” Saif said. “If you can detect the cancer ahead of time, you can then take out the tumor and treat the cancer. But once it’s metastasized, it’s much harder to treat and survival rates decrease.”

Surgery is the frontline treatment for patients diagnosed with colon cancer, so Saif was able to partner with clinics like Carle Foundation Hospital to collect tissue samples and study the interactions between cancer cells and slave cells.

“We began to think that as the CAFs made the tumors harder and more stiff, they also created a higher and higher mechanical contractile force. The increasing force can then lead to larger releases of biochemicals that aid the cancer cells,” Saif said.

His lab group has also partnered with the University of Illinois Chicago hospital to study pancreatic cancer cells and with the Mayo Clinic to study lung and prostate cancer tumors. Again and again, using instruments developed by his lab, they discovered that the tumors all had similar attributes. The Saif Lab hypothesized that targeting the slave cells will take away the metastatic abilities of the cancer cells, allowing treatments to be more effective.

A Cancer Center at Illinois Planning Grant award allowed Saif to push this research to where it is today – and its next steps could have an impact on how cancer is treated in the future.

“When you are thinking about an idea, but there is no proof of concept, Cancer Center at Illinois grants are the only ones that allow you to take the risks. When I started to develop the sensors, I had no proof of concept, just an idea. All of these ideas could have gone down the drain without the grant funding,” Saif said.

The grant allowed Saif to work with collaborators to develop the high-resolution sensor that could measure single CAF activities. The work was recently published in Science Advance titled “A novel method for sensor-based quantification of single/multicellular force dynamics and stiffening in 3D matrices.”

“Every one of us knows someone who has cancer or has died from cancer, and every single person that we know, knows someone else who’s going through a cancer diagnosis … that’s the motivation for me to pursue cancer research,” Saif said.

Taher Saif is the Edward William and Jann Marr Gutgsell Professor in Mechanical Science and Engineering. He has affiliate appointments with the Micro and Nanotechnology Lab, Beckman Institute for Advanced Science and Technology, the Carl R. Woese Institute for Genomic Biology and in the departments of Bioengineering and Biomedical and Translational Sciences. Saif received a 2019 planning grant from the CCIL for his proposal titled “A 3-D In Vitro Biomimetic Tumor Microenvironment Integrated with a Micro Sensor Platform.” His research team included CCIL members Kim Selting, associate professor of veterinary medicine, and Mohammed El-Kebir, assistant professor of computer sciences.