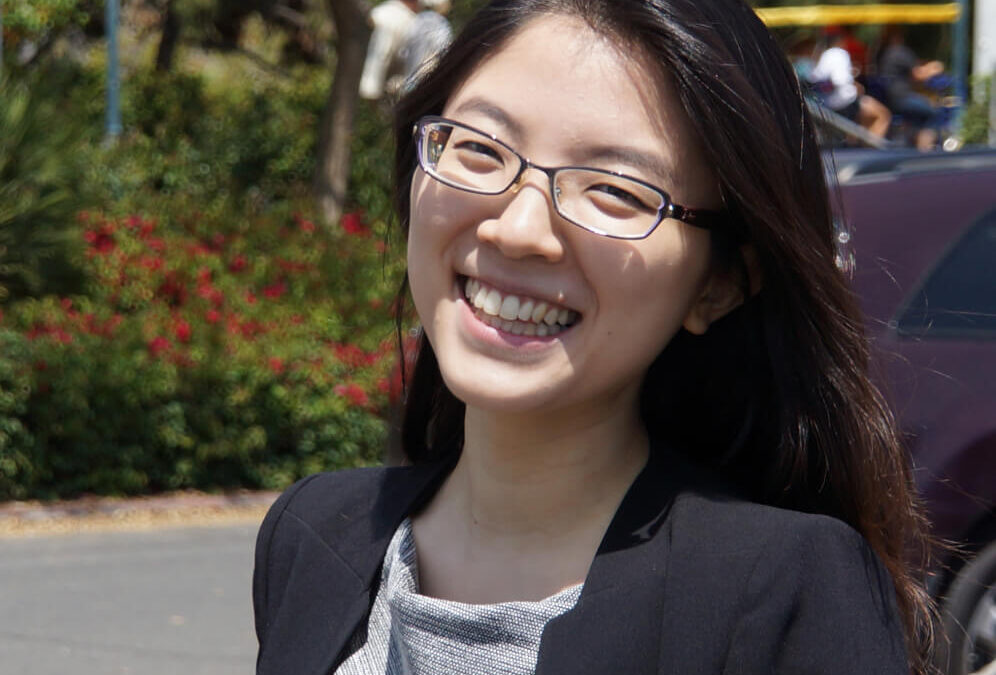 Each year, the company selects six world-leading female scientists, one in each area of Science, Technology, Engineering, Math, Manufacturing, and Design, for its WiSTEM2D Scholars program. This year more than 650 applicants applied from 40 countries applied, and Han was selected as a winner in the science category. Each recipient receives $150,000 in funding and three years of mentorship from Johnson & Johnson.

Explaining the project, Han said the majority (more than 90 percent) of RNAs do not encode proteins, and recent studies show that these non-coding RNAs (ncRNAs) are involved in the regulation of most cell processes.

“Cancer is caused by misregulation of genes, indicating the important roles ncRNAs play in cancer development. So far, identifying disease-relevant lncRNAs and studying their functions has been very slow and labor-intensive,” said Han, whose research group will develop a highly multiplexed imaging-based method to expedite this process and provide a unique insight into ncRNA-mRNA interactions in cancer. “ncRNAs hold a good potential for next-generation cancer drugs, thus, our study can provide valuable insight into the development of new cancer drugs.”

Han joined the UIUC chemistry faculty as the Mark A. Pytosh Scholar in Fall 2017. Han’s research group focuses on inventing new bioanalytical tools that probe a previously inaccessible dimension of biological data and using the new tools to unveil the fundamental mechanisms driving the ensemble behavior of complex biological systems.

Launched in 2017, the Johnson & Johnson WiSTEM2D Scholar Awards aims to fuel the development of female STEm2D leaders and feed the STEM2D talent pipeline by sponsoring women at critical points in their careers.

“The COVID-19 pandemic not only disrupted our global economy and healthcare system, but also forced many women working in STEM2D fields to leave the workforce or delay their careers. This worldwide health crisis has demonstrated the need for a robust and diverse scientific community to develop groundbreaking, life-changing solutions to help solve global problems,” said Cat Oyler, Vice President, Integration Leader, Janssen Research & Development, LLC and WiSTEM2D University Sponsor. “As we continue to fight against the pandemic, Johnson & Johnson remains committed to supporting women in STEM2D and their invaluable contributions that will help change the trajectory of human health.

– Written by the UIUC Department of Chemistry