Where are they now? CCIL scholarship awardee You Jin Song 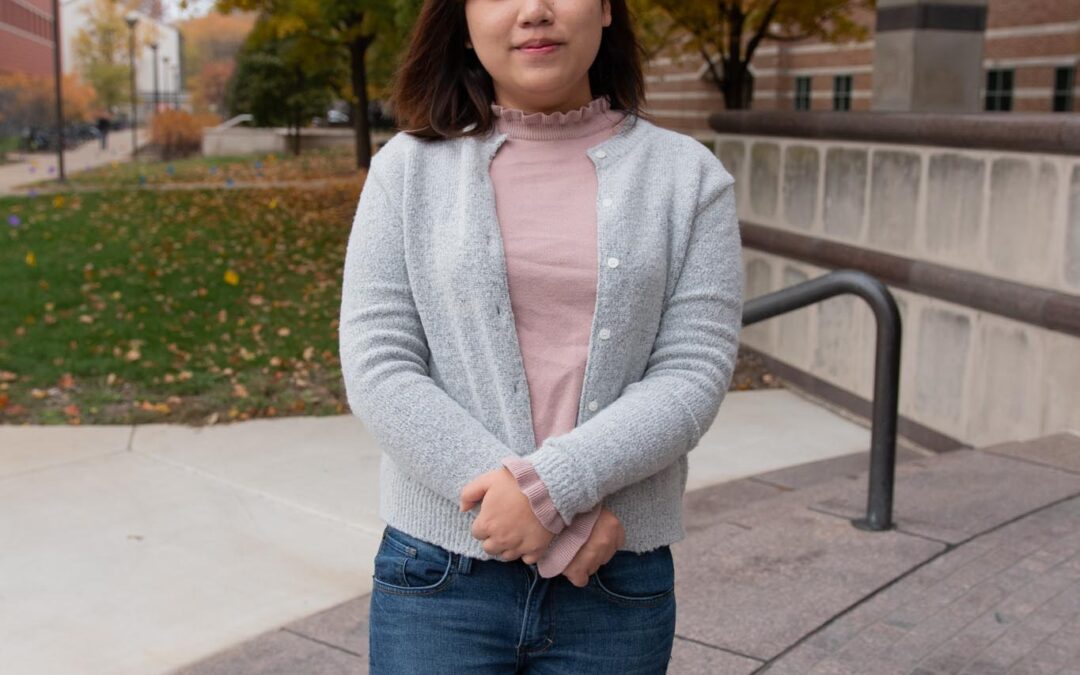 Image of You Jin Song.

Urbana, Ill. – You Jin Song, a third year Ph.D. candidate in Cancer Center at Illinois (CCIL) researcher Kannanganattu Prasanth’s lab, is studying the effects of MALAT1, a long-noncoding RNA that is believed to play an important role in many cancers including breast and lung cancer. This project is supported by a CCIL Graduate Cancer Scholarship.

Song transferred to the University of Illinois Urbana-Champaign during her undergraduate studies, hoping to pursue research focused on cell biology and genetics. As one of her professors, Prasanth inspired Song to study the regulatory roles of molecular players in cancer progression, and the methods by which genes like MALAT1 facilitate cancer aggressiveness and progression.

MALAT1 expression was initially discovered in non-small cell lung cancer as a prognostic marker and was related to metastasis in early stages with higher expression in metastatic tumors. MALAT1 was also correlated with poor patient prognosis and survivorship in multiple cancer subtypes.

Currently, Song’s research efforts are mentored by Prasanth and Erik Nelson, also a CCIL scientist and associate professor of molecular and integrative physiology. This collaborative project has provided Song with the opportunity to contribute to several projects in different areas of research.

Curious about the many aspects of MALAT1, Song is especially appreciative of the various experts that are available to consult on the Illinois campus.

Nelson’s lab provides the animal models and mouse tumor samples for the sequencing analysis performed in Prasanth’s lab. Song assists with both tasks, allowing her to fully understand the entire scale of the project and better interpret the data.

Song’s research initially started with gene expression analysis and has since focused on hypoxia and its relationship to MALAT1, which has been found to be highly induced in hypoxic (low oxygen) conditions. MALAT1 is localized within the nucleus of cells, specifically in nuclear speckles, or nuclear domains enriched with RNA splicing factors.

“MALAT1 is a noncoding RNA, and a lot of noncoding RNAs, especially long non-coding (lnc) RNAs, are prognostic markers for progressive diseases. But, the molecular mechanisms of these lncRNAs are unclear. I think MALAT1 could act as a model for potential mechanisms of other lncRNAs, especially nuclear lncRNAs,” Song said. “In the future, I’d like to see how MALAT1 can have different or conserved mechanisms in different conditions — not just hypoxia — and find out why it is overexpressed in cancer cells lines and tumors of real cancer patients.”

As a recipient of the CCIL Graduate Cancer Scholarship, Song intends to apply for a predoctoral fellowship with the National Cancer Institute and plans to continue her MALAT1 research throughout her academic career. She hopes to detect facilitating functions of MALAT1 and identify new strategies, treatments, and targets for cancer therapy based on the mechanisms of MALAT1.

The Cancer Center at Illinois Graduate Cancer Scholarship Program (GCSP) provides graduate students in CCIL scientist labs with experience preparing research proposals for supporting high-quality collaborative research conducted by those students. CCIL Graduate Cancer Scholars will be encouraged to submit an application for an NCI F31 Predoctoral Fellowship and schooled on the process as relevant.