Urbana, Ill. – For decades, bright fluorescent cyanine dyes have been used in a variety of medical procedures, like identifying the sentinel lymph nodes where cancer cells might spread or identifying cancerous tumors in fluorescence-guided surgery.

Though widely used and versatile these synthetic dyes possess characteristics that, in some situations, can be drawbacks that limit their use, like their tendency to break down under extended exposure to light, called photo-bleaching.

But a research team at Illinois led by CCIL scientist, Jeff Chan, a professor of Chemistry at Illinois, the Beckman Institute of Advanced Science and Technology, and an affiliate of Biochemistry, has taken advantage of one of cyanine’s negative traits by transforming its photobleaching tendency into a useful mechanism to more efficiently deliver and release drugs to a specific target. 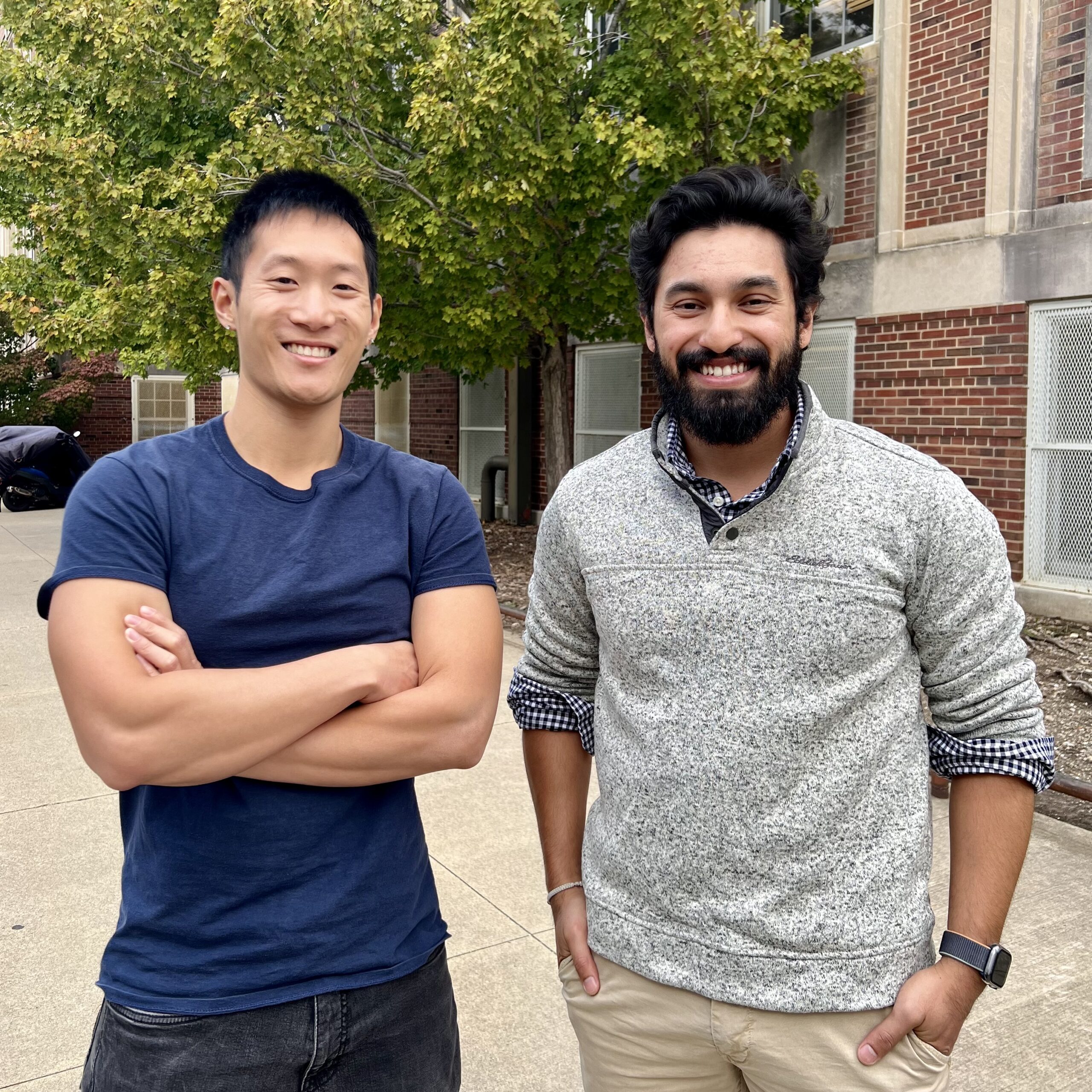 Graduate student researchers Michael Lee, left, and Rodrigo Tapia Hernandez were part of a team in the lab of Prof. Jeff Chan that developed a light responsive NIR nanoparticle.

In their study, published in The Journal of the American Chemical Society, the researchers explain how they used the dye’s photo-bleaching tendency to pinpoint the release of a powerful chemotherapeutic drug at the site of a breast cancer tumor in mice, significantly shrinking the tumor without damaging surrounding healthy tissue.

Chemistry graduate students Rodrigo Tapia Hernandez and Michael C. Lee and research associate Anuj K. Yadav co-authored with Professor Chan the paper that details how they developed this nano hydrogel system – called a NIR-nanogel. Cyanine is used as a cross linker, which means it is part of the polymer structure of this nanogel, which encapsulates a series of small molecule drugs.

When the nanogel is absorbed by a tumor and exposed to light, the cyanine’s photobleaching effect is triggered and the polymer structure degrades, releasing the drug.

“Something that initially seemed negative was spun around so that it became a positive characteristic,” Lee said.

It took the team about six months to develop a nanogel with the desired attributes, including stability in a living organism, an optimal size for infiltrating a tumor, the ability to release a drug only when irradiated with light and with minimal toxic effects outside the targeted area.

Once they had nanogels with those properties, they focused on testing their approach on breast cancer tumors in mice using the prevalent breast cancer drug, paclitaxel. 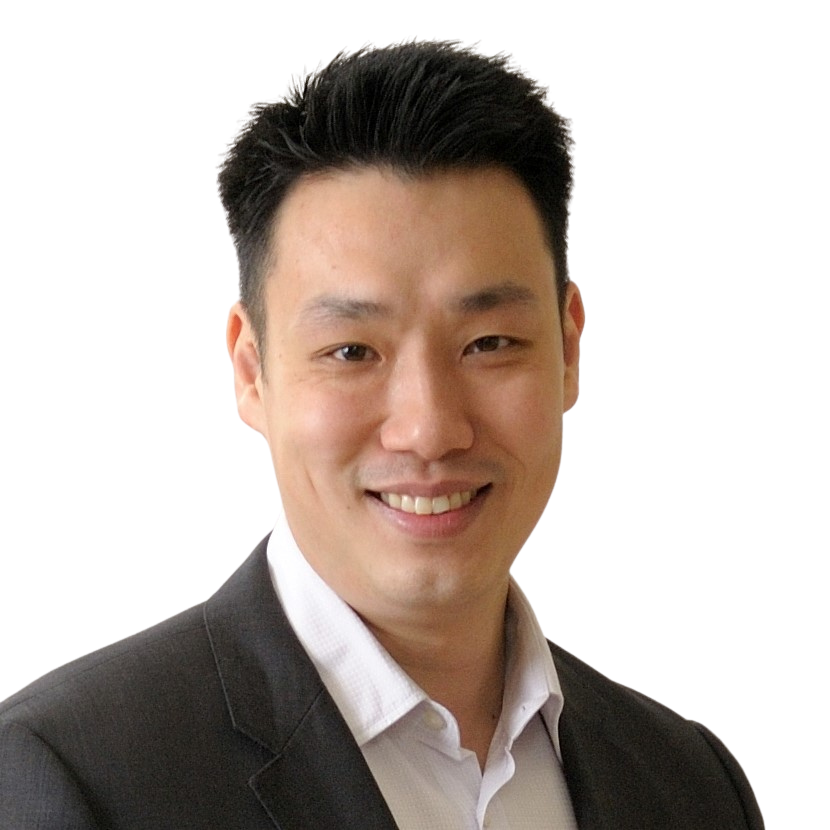 Mice were treated with paclitaxel-loaded nanogels and then exposed to NIR light for 30 minutes from a 780 nm LED about two centimeters from the tumor.

The treatments “significantly” attenuated growth of the breast cancer tumor while avoiding collateral damage of healthy tissue, the researchers report in their study.

The researchers explained that light at these wavelengths within the NIR range of 650-900 nanometers is a powerful trigger because it can penetrate deep within the body with remarkable control yet does not generally harm tissue.

“We are not actually damaging the surrounding tissue. It’s just to photo-bleach or degrade that cyanine to deliver our cargo, in this case the chemotherapeutic,” Lee said.

The drugs themselves can also damage healthy tissue, including organs, where chemotherapeutics tend to accumulate, Tapia Hernandez said. But their analysis of histological data from the vital organs of the mice did not reveal damage.

“The idea behind using a vehicle (nanogels) to deliver these small molecules is that it would prevent that off-target effect on other tissues. It would just focus on the tumor since that is the only region that we are irradiating with light,” Tapia Hernandez said.

Those off-target effects are why they wanted to test the well-known and potent drug Paclitaxel, partly because it can impact healthy tissue.

“And that is one of the reasons why we picked it, because we would be able to compare the tissue around the tumor and all the other organs to make sure that it’s not affecting all of the healthy tissue and it’s just affecting the tumor itself,” Tapia Hernandez said.

An advantage of this new way of encapsulating a drug is that it eliminates a chemical transformation.

The researchers explained that there are other methods of releasing drugs with light exposure, including using photo cages that, in many cases, are dyes that are similar to their cyanine cross linker. But those methods require each drug to be chemically modified so that it can be “caged.”

In their nanogel system, that modification step is not necessary.

“In our system, we don’t have to worry about that and just focus on the encapsulation aspect of that small molecule into the nanogel,” Tapia Hernandez said.

Eliminating that chemical transformation means their method can be applied to a larger number of drug compounds, Lee said.

“This circumvents the need to involve organic chemists to covalently attach an activatable handle. In this case, we just encapsulate the drug. It just simplifies the whole process,” Lee said.

“It makes this system a lot more modular and more generalizable to a wide range of chemotherapeutics.”

Tapia Hernandez said that is why this approach is even more exciting.

“It is a generalizable system and there are a lot of things we can do with it. So, it just opens the door to a lot of different studies and projects. That is what we are working on right now,” Tapia Hernandez said.

Lee said they have multiple projects that branch off this project.

“It’s very exciting to continue the work and expand and show the utility of our system, whether in the cancer realm or targeting other diseases,” Lee said.

This work was supported by the National Institutes of Health.