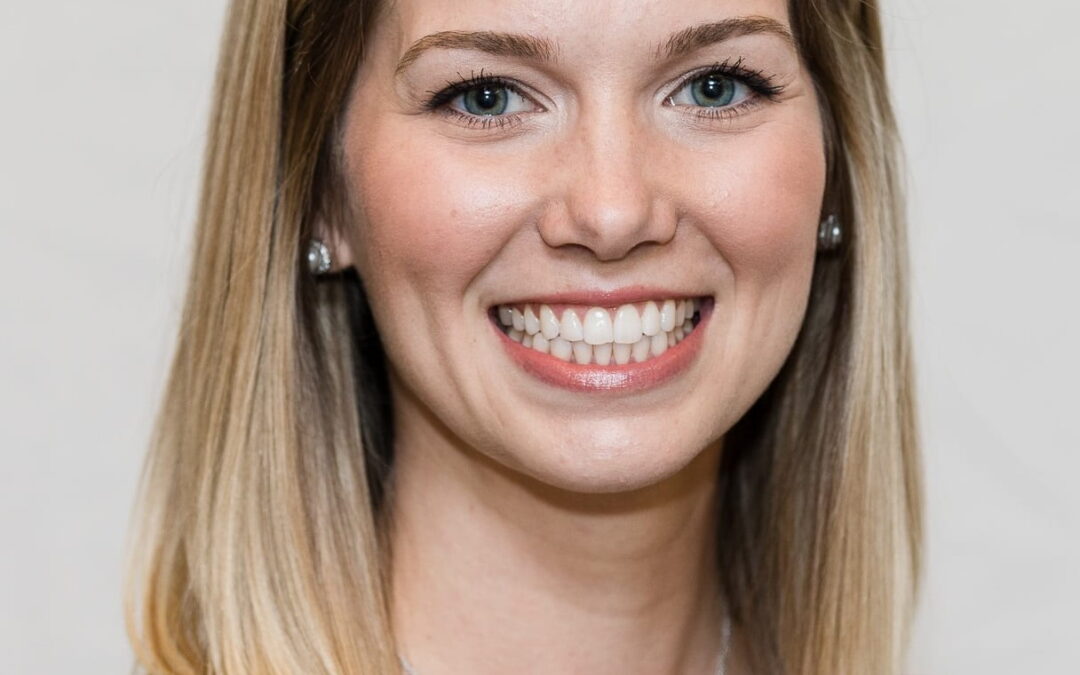 As a graduate student in the Cancer Center at Illinois’ C★STAR program, Salerno worked with her faculty advisor, Edward McAuley, and Carle Foundation Hospital clinician, Kendrith Rowland, to study the effects of physical activity on cognitive ability in cancer patients.

“The complementary nature of both mentors was superb. I think the C★STAR program is a great model for other institutions seeking to foster transdisciplinary teams to move our work beyond the research setting into the clinic and community,” Salerno said.

Salerno’s early exposure to clinical research as an Illinois graduate student provided crucial experience for conducting future studies of her own. Salerno’s projects mainly focus on cancer survivors, evaluating the effects of physical activity and observing accelerated aging after cancer and treatment.

With normal aging, some physical and mental decline is expected; however, in cancer survivors, this decline appears to be accelerated, affecting cognitive and physical function, cardio-respiratory fitness, and other aspects of daily living. In particular, cancer-related cognitive decline (colloquially called ‘chemo-brain’) affects changes in cognition brought about by a cancer diagnosis and/or subsequent treatment.

“Cancer-related cognitive decline can result in loss of focus, mental coordination, and the ability to schedule and plan. Up to 75% of patients will report some degree of decline, and some patients may continue to report declines even a decade after receiving treatment,” Salerno said. “The phenomenon is multi-factorial, so there are a number of different host factors and clinical characteristics at play — we’re working as a field to understand it more.”

The International Cognition and Cancer Task Force recommends the use of self-reported and objective assessments to measure cognition in cancer patients. Self-reporting assesses total cognition and measures factors such as perceived impairments. Objective measurements include a battery of tests that are primarily computer-based and measure a number of cognitive processes, including executive function processes like memory, cognitive flexibility, and attention.

Salerno’s recent study, published in the Journal of Clinical Oncology, observed the patterns of physical activity before, during, and six months after chemotherapy in 580 breast cancer patients and associated changes in cognition. This study was a secondary analysis of data originally collected by Dr. Michelle Janelsins at the University of Rochester Medical Center. Compared to cancer-free individuals, patients with breast cancer reported lower levels of physical activity prior to and during chemotherapy, and recovered to pre-chemotherapy activity levels six months after treatment completion.

“The study was observational in nature, and a testament to epidemiological studies that can help form key insights into understanding health indicators that we can target,” Salerno said. “One of my goals is to design and implement physical activity interventions in clinical and community settings to bring benefits to all cancer patients and survivors, and I think a great way to do that is through uniting and translating evidence from observational, experimental, and behavioral trials.”

Salerno’s next steps are to seek a better understanding of the recovery in cognition in cancer patients after chemotherapy, considering factors such as improved health status and motivation for a healthier lifestyle, to inform the design of behavioral interventions. Salerno also looks forward to transdisciplinary research moving towards the broad dissemination and implementation of sustainable physical activity programs in routine cancer care and in cancer communities.

Elizabeth Salerno, Ph.D., M.P.H., is an assistant professor of surgery at the Washington University School of Medicine in St. Louis. Her areas of expertise include physical activity research at the intersection of cancer and aging, accelerated aging, and implementation of lifestyle behaviors into the standard of care.

The Cancer Scholars for Translational and Applied Research (C★STAR) program seeks to bring together translational teams, each comprised of a graduate student researcher, an Illinois faculty member of the CCIL, and a Carle Foundation Hospital clinician, that creates and investigates research projects with the potential to improve patient outcomes. Find out more about the C★STAR program.

The paper, “Physical activity patterns and relationships with cognitive function in patients with breast cancer before, during, and after chemotherapy in a prospective, nationwide study,” is available online.