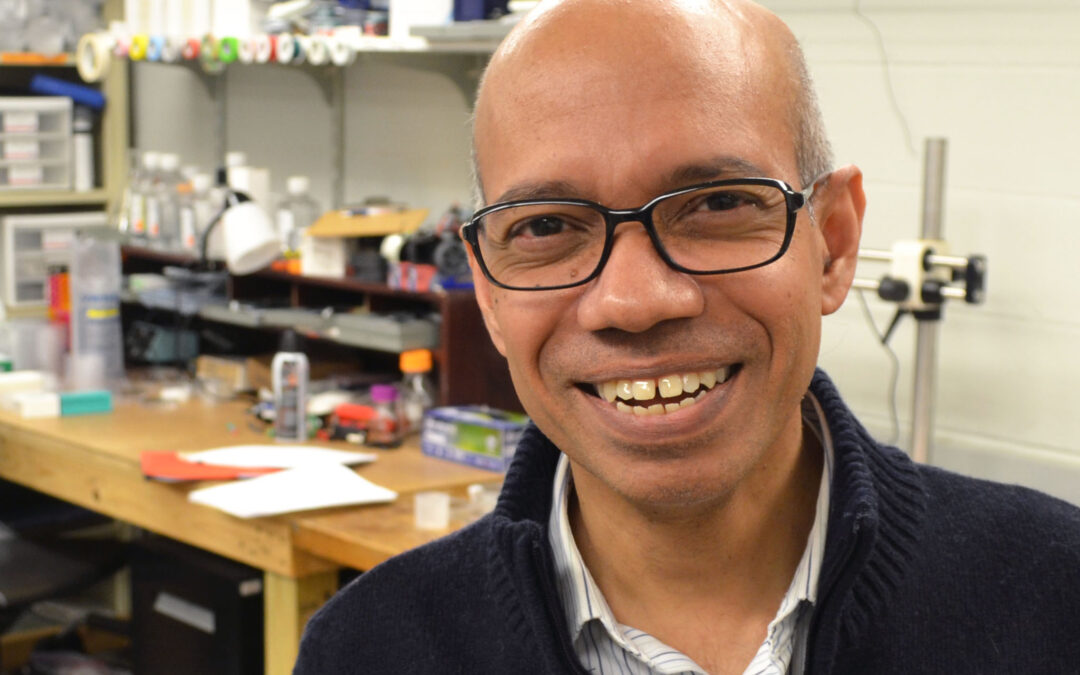 MechSE professor Taher Saif has been named the 2018 recipient of the Warner T. Koiter Medal from ASME. He is the first winner of this award from the University of Illinois at Urbana-Champaign.

“The Executive Committee of the ASME Applied Mechanics Division (AMD) is pleased to announce and congratulate Professor Taher Saifas the recipient of the 2018 Warner T. Koiter Medal,” said Pradeep Sharma, the Chair of ASME’s AMD Executive Committee. “Professor Saif receives the Koiter Medal for employing principles of mechanics to explore phenomena at small scale providing the first evidence of plastic strain recovery in nanograined metals, and neuronal tension and its influence on neurotransmission; as well as providing leadership in promoting mechanics research in frontier areas.“

The Warner T. Koiter Medal, established in 1996, is bestowed in recognition of distinguished contributions to the field of solid mechanics with special emphasis on the effective blending of theoretical and applied elements of the discipline, and on a high degree of leadership in the international solid mechanics community.

The award was funded by the Delft University of Technology, The Netherlands, to honor Warner T. Koiter for his fundamental work in nonlinear stability of structures in the most general sense, for his diligence in the effective application of these theories, his international leadership in mechanics, and his effectiveness as a teacher and researcher.

Saif is the Edward, William, and Jane Marr Gutgsell Professor in MechSE and currently serves as the department’s associate head for graduate programs.