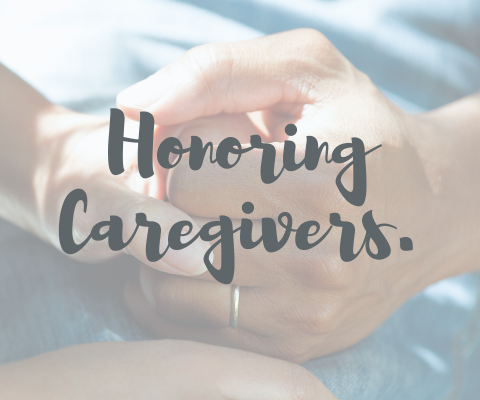 In November, organizations around the world recognize a number of cancer-related awareness topics. It’s a month dedicated to Lung Cancer Awareness, Pancreatic Cancer Awareness, and Cancer Caregiver Awareness — honoring the individuals who devote their lives to supporting their family, friends, colleagues, and acquaintances stricken with the disease.

This month, the Cancer Center at Illinois has collected the stories of several Cancer Caregivers. Some are taking care of a pet, some are employed as cancer caregivers, but all share close, emotional experiences with cancer.

Claire Benjamin and her husband Henry Fineberg adopted their dog Bruno only two years ago to keep Claire company while Henry was working as a pilot. Only days before their wedding, Bruno’s veterinarian diagnosed him with stage five lymphoid leukemia. Although it was a very tumultuous time, the couple put everything to the side to focus on what Bruno needed.

“A huge amount of being a caregiver for Bruno has been consciously optimizing what time he has left. We made a really big effort, like taking him on our honeymoon, taking him on hikes, taking him to his favorite swimming place,” said Claire.

Bruno is being treated at the University of Illinois at Urbana-Champaign’s Vet Med where his veterinary oncologist is using the CHOP method of chemotherapy. Being a caregiver for a pet who has cancer poses its own challenge as a decision maker. Claire and Henry feel very fortunate to be in a place where they can treat Bruno’s diagnosis, but the choices aren’t always easy. 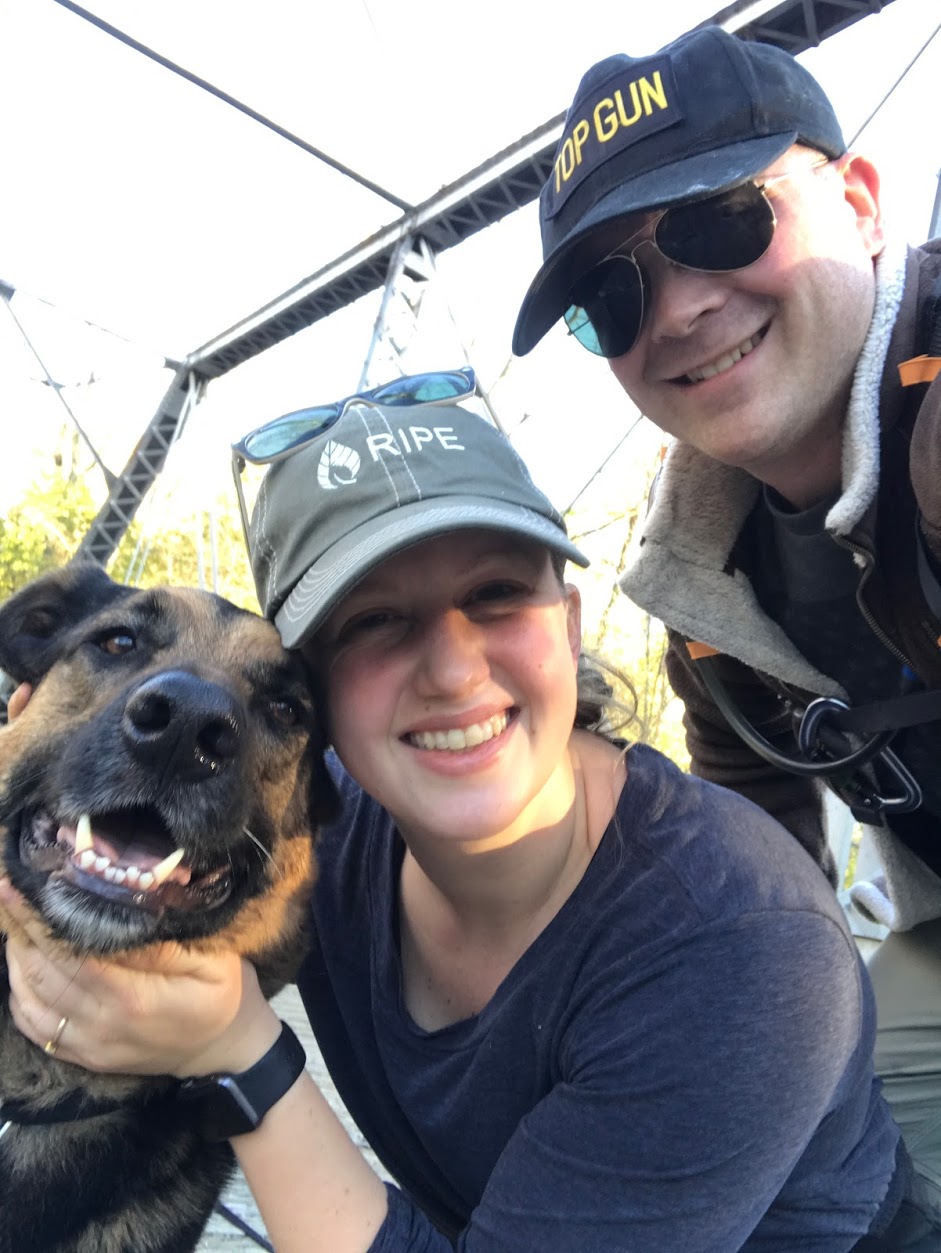 As a massage therapist, Jenn Shimon has dedicated her career to ensuring that cancer patients have a safe space to find comfort and support. Working through Cancer Services at OSF St. Francis Medical Center in Peoria, Ill., she provides free, gentle massages to cancer patients.

“I’m trying to give people a moment of peace during a moment is that not very peaceful,” said Shimon.

Shortly after starting down the path of oncological massage, Shimon turned 40 and went in for her first mammogram. The results uncovered stage zero ductal carcinoma in situ (DCIS) breast cancer. Following the diagnosis, she had a double mastectomy. Following 18 months of additional medical procedures, Shimon is now cancer-free.

“When I started working for Cancer Services, at first I was really worried about it, because I was afraid it would bring up PTSD, but it’s truly been the most rewarding, healing experience,” said Shimon. “When you touch someone, sometimes things bubble up and people share things. We share like we’re friends, not like I’m their therapist.”

Even prior to her cancer diagnosis, Shimon had been a caregiver and advocate for cancer patients. Many of her close friends have been stricken with the disease, and as an active support breast cancer support group participant, she’s had to say goodbye to many loved ones.

“Through working with cancer patients and having friends, that are like sisters, I get to hear know and hear about their experiences when they get into cancer research clinical trials. They feel good again and they might have a chance of survival,” Shimon said. 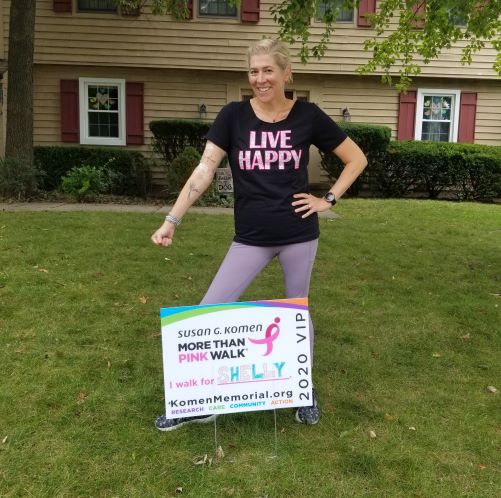 When she was 10 years old, Marie Kittler recalls running home from school to spend time with her father — sitting on his hospital bed and doing her homework. As a young girl, it was hard for her to fully understand what it meant when she found out her father was suffering from pancreatic cancer.

In an all too short year and a half, he passed away, and almost two decades later Marie Morgenthaler, 26, still finds it harder each day to process his passing.

“I’ve learned that even though it was one person that had cancer, the cancer affected all of us and it is going to affect all of us,” said Morgenthaler.

In her experience, reaching out to other people for support is incredibly important. Even though she lost her father at a young age, she wishes there was more discussion surrounding her grief even into her teenage and young adult life.

“I think my advice would be as time goes on, continue to talk about it…If you need that support and you need those outlets, then seek them. Because they’re going to help,” said Morgenthaler.

Marie is hopeful for the future of cancer research. While many breakthroughs have been made, there are still many to come. The hope is that someday treatments will improve survival rates and cancer will just “be a blip in history,” as Marie said. 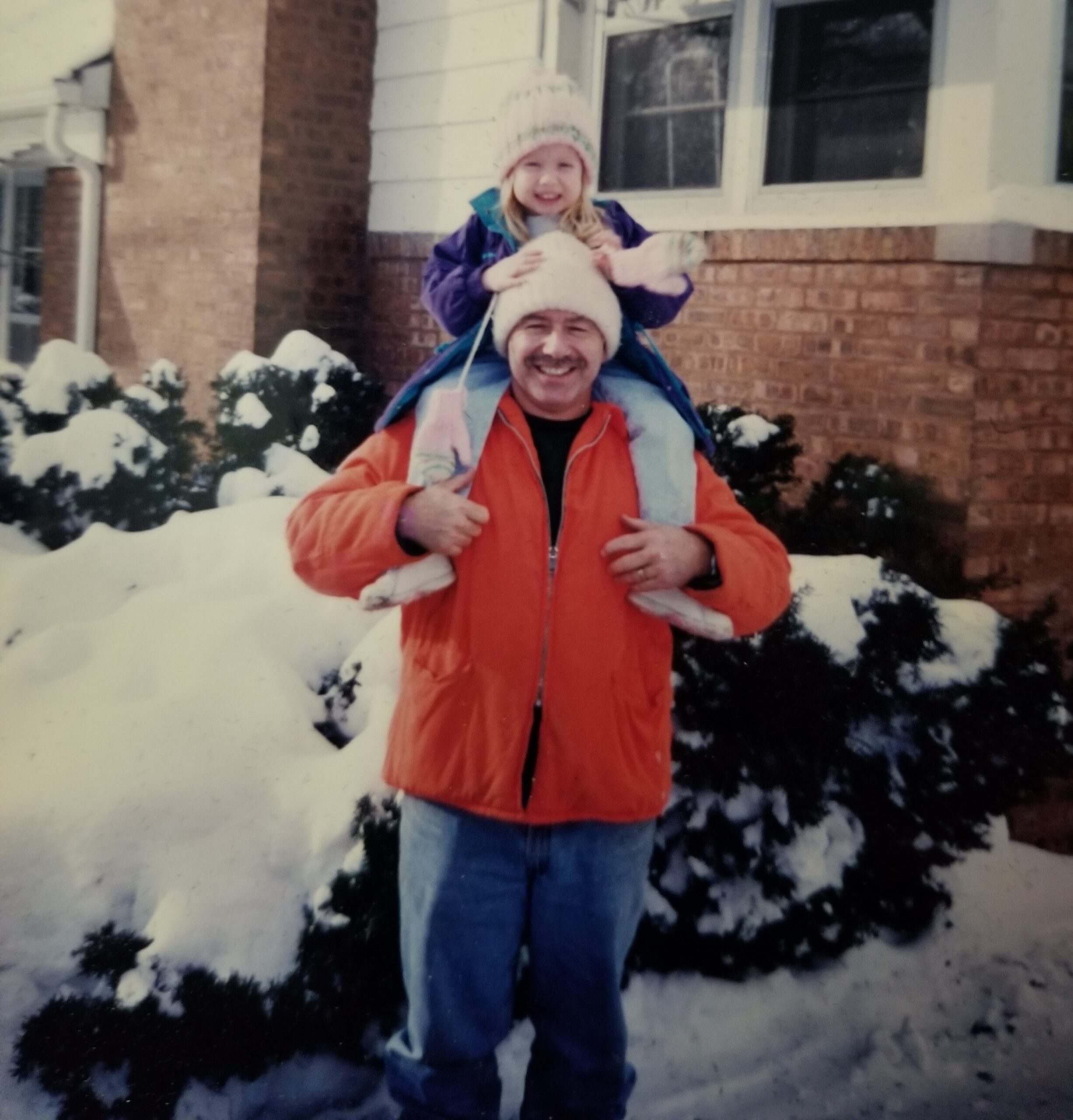 Lucas Komara, an Illinois undergraduate student studying Civil and Environmental Engineering at the University of Illinois, was 18 years old when his mother, Norma Grassini, was diagnosed with stage four lung cancer. At the time, he was studying at a local community college, enabling him to take care of his mother.

Born and raised in Argentina, Norma moved to America at 23 to earn her master’s degree. Lucas fondly remembers their visits back to Argentina.

“Once she was with all her family members, able to speak her native tongue, knowing the culture and food, she was at home … We would just go on walks in the city and she would show me little things from her childhood,” said Komara.

In Argentina, she experienced coughing and wheezing. When she returned to America, she was misdiagnosed with asthma. She was not diagnosed with lung cancer until 7 months later. Soon after the diagnosis, her lung cancer quickly metastasized to her back and liver. Initially, Lucas was told that her lung cancer was stage two, and it wasn’t until later that he was told the severity of the disease.

Norma passed away in November of 2017. Lucas recalls the numb feeling that lasted for months, but the impact of having his family there for him.

“Be supportive, check in on people. It’s really about being there and spending time together because you’ll never know the last time you’ll see someone,” said Komara. 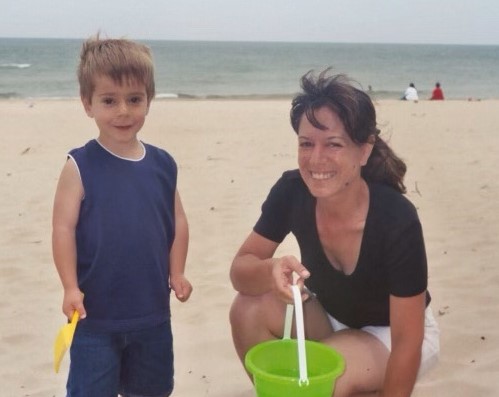 — Written and edited by the CCIL Communications Team