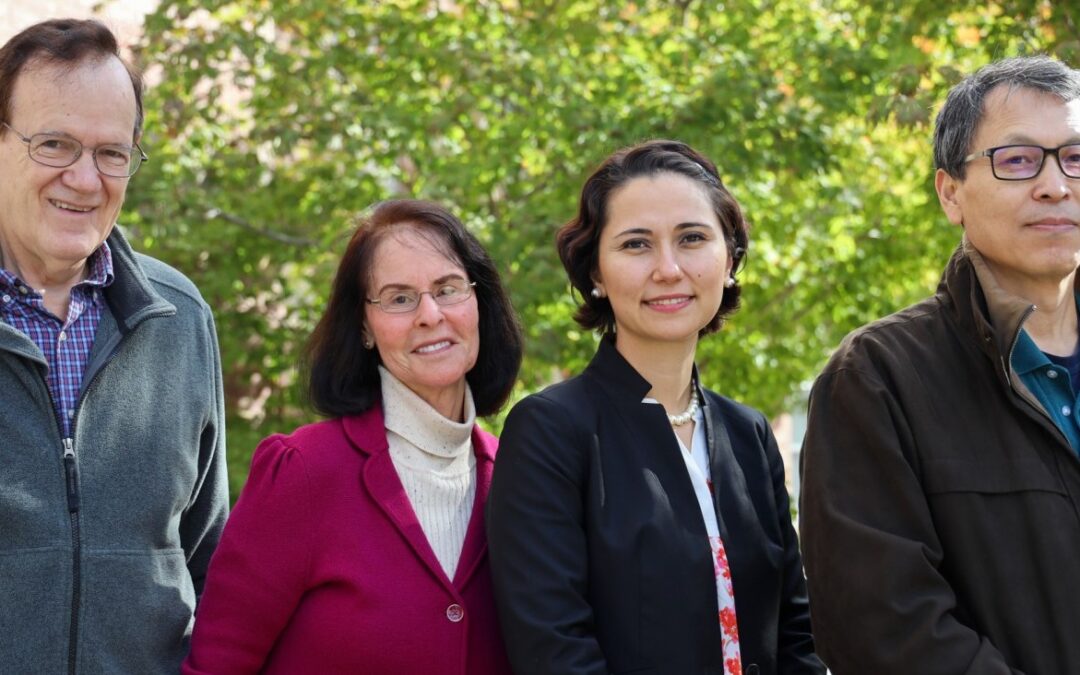 URBANA, Ill. – Postmenopausal women have increased risk of non-alcoholic fatty liver disease due to loss of estrogen from metabolic changes. A high-fat diet further exacerbates the disease, which can progress to cirrhosis and liver failure. Hormone replacement therapy (HRT) is an effective treatment, but it carries increased risk of breast cancer, uterine cancers, and cardiovascular disease.

A University of Illinois research team has identified a novel estrogen compound, pathway preferential estrogens, which provides benefits similar to HRT but without the risk factors. In previous research the team showed the compound activated specific signaling pathways, particularly in the metabolic tissues.

In a new paper, published in nutrients, the researchers explore the effects of pathway preferential estrogens on liver and uterine health in mice.

“Estrogens are important for the reproductive system and metabolic tissue. Hormone replacement therapy can address some of the metabolic issues associated with onset of menopause. But we know it also increases the risks associated with exposure to the hormones,” says Zeynep Madak-Erdogan, associate professor in the Department of Food Science and Human Nutrition at U of I and lead author on the new study.

“We removed the ovaries of the mice to mimic the loss of estrogen that happens in menopausal women. We also placed the mice on a high-fat diet, and they gained weight pretty quickly. We treated one group of mice with hormone replacement therapy, and another group of mice with the pathway preferential estrogens,” Madak-Erdogan explains.

The researchers observed the mice for six weeks, measuring their food intake and body composition. At the end of the trial, they collected liver and uterine tissues for analysis.

“Normally, estrogen will cause an increase in uterine weight, but this did not happen with the pathway preferential estrogens. That is a good thing, because it suggests there are no negative effects on the uterus,” Madak-Erdogan states.

Treatment with either estrogen or pathway preferential estrogens can help reduce excess lipid deposition in the liver. That much was already known, Madak-Erdogan says.

“What’s novel in this paper is that we used genomic sequencing. We specifically looked at changes in the liver cells with the addition of the pathway preferential estrogens, and how it compares to what happens when you give estrogen,” she notes.

“We found there was an increase in the generation of new mitochondria with pathway preferential estrogens. Mitochondria is a powerhouse, and you need healthy new mitochondria so your cells can continue functioning. This is particularly important for the liver cells, the hepatocytes.”

As a result, even though the mice were receiving more calories, they were also burning more when they received pathway preferential estrogens. The compound can also prevent the progression of fibrosis.

“As the non-alcoholic fatty liver disease progresses from lipid deposition to cirrhosis, it causes further damage to the liver cells, and fibrosis begins. As you accumulate more lipids, it will cause oxidative stress and it will start damaging hepatocytes,” Madak-Erdogan explains.

“When we treated the animals with the pathway preferential estrogens, the reduction in fibrosis was much greater compared to estrogen. The compound causes higher utilization of what’s coming from the diet, but it also protects against the damage from the excess diet itself and from the lipid deposition. This means pathway preferential estrogens prevent further fibrosis, which is the path that leads to liver failure and metabolic problems.”

Pathway preferential estrogens are structurally estrogens, working through estrogen receptor uptake, yet because of the compound’s unique properties, it provides improvement of liver health without causing any further risk to reproductive tissues, the researchers note.

John Katzenellenbogen, research professor of chemistry at U of I, developed the pathway preferential estrogens in his research lab. Testing of the compound is still at the preclinical stage, and the researchers continue to observe its effects on body tissues in animal studies.

The Department of Food Science and Human Nutrition is in the College of Agricultural, Consumer and Environmental Sciences (ACES) at the University of Illinois.

The paper, “Pathway Preferential Estrogens Prevent Hepatosteatosis Due to Ovariectomy and High-Fat Diets” is published in nutrients [https://doi.org/10.3390/nu13103334].

This work was supported by grants from the University of Illinois, Office of the Vice Chancellor for Research, Arnold O. Beckman award RB15150 (to ZME), National Institute of Food and Agriculture, U.S. Department of Agriculture, award ILLU-698-909 (to ZME), Margin of Excellence grant (to KLC), and NIH grant PHS R01CA220284 (to JAK and BSK).