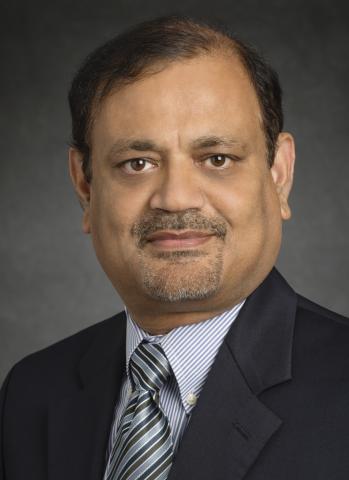 Thenkurussi “Kesh” Kesavadas has been at the forefront of virtual reality (VR) and its application to medicine since 1993, when the field was still in its infancy. Kesavadas has developed several technologies to improve robotic surgery for treatment of cancer in Urology, Gynecology, and General Surgery. These technologies include using computer vision algorithms, modeling procedures such as prostatectomy and hysterectomy, and the development of best procedures for tumor removal and lymph node dissection for which Kesavadas has been awarded two patents.

Kesavadas is the Director of Health Care Engineering Systems Center at the University of Illinois Urbana-Champaign and is directing the creation of the new Sim Center at the Carle Illinois College of Medicine. He also holds the title of the Engineering-in-Chief of the ARCHES endowment – a collaborative between UIUC and OSF Hospital of Peoria, IL. Before coming to Illinois, Kesavadas was a professor in the Department of Mechanical and Aerospace Engineering at the University at Buffalo (NY). At the University of Buffalo, he also helped the VR Laboratory discover groundbreaking technologies, including simulators for endovascular procedures and for training surgeons on the use of the Da Vinci surgical robot called RoSS.

Kesavadas earned his M.Tech degree in Aircraft Production Engineering at the Indian Institute of Technology and his PhD in Industrial Engineering from The Pennsylvania State University.