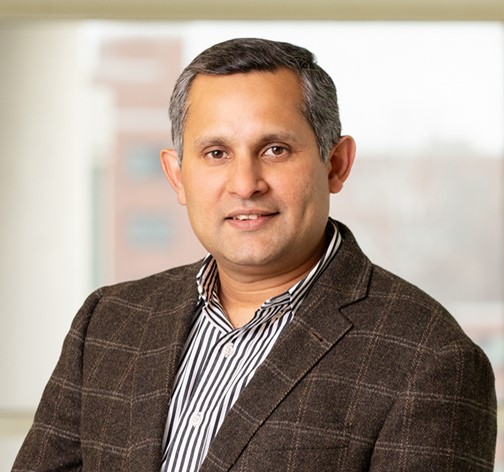 Prasanth Kannanganattu’s laboratory has significantly contributed to the understanding of lncRNA’s role in gene expression. His lab is working to determine the molecular mechanism by which the oncogenic lncRNA, MALAT1 controls alternative splicing (AS) of pre-mRNA and utilizing hypoxia response in breast cancer cells as an experimental model system. The current application builds logically on his prior work, describing the role of lncRNAs in gene regulation, and their involvement in cancer. His lab was the first to demonstrate the involvement of MALAT1 in AS (alternative splicing) of pre-mRNAs. They have obtained crucial preliminary data showing that MALAT1 co-localizes with SR family of oncogenic splicing factors (SRSFs) in nuclear speckles (Tripathi et al., 2010), influences the speckle localization and splicing activity of SRSFs (Tripathi et al., 2010; 2013), and regulates hypoxia-responsive AS of a large number SRSF target genes, controlling angiogenesis and metastasis in BC cells.

Kannanganattu has extensive research experience in the field of lncRNAs, alternative splicing, and gene regulation in cancer cells. In addition, he has assembled a team of collaborators, such as the CCIL’s Erik Nelson (murine model of breast cancer) and Wawrzyniec Dobrucki (whole animal imaging) to support his research. His laboratory collaborates with each member of this group in several ongoing projects, and they contribute to the generation of preliminary data. He received his MS at the Vector Control Research Center and PhD from the Cytogenics Laboratory at Banaras Hindu University, before completing postdoctoral research at the Cold Spring Harbor Laboratory in New York.