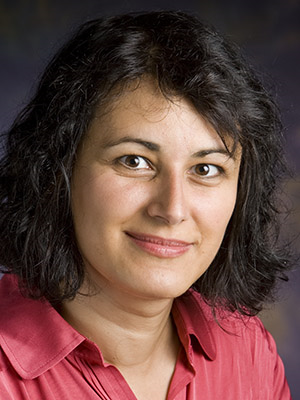 Olgica Milenkovic, PhD, is a professor of Electrical and Computer Engineering at the University of Illinois, Urbana-Champaign (UIUC), and Research Professor at the Coordinated Science Laboratory. She obtained her Masters Degree in Mathematics in 2001 and PhD in Electrical Engineering in 2002, both from the University of Michigan. Her scholarly contributions have been recognized by multiple awards, including the NSF CAREER Award, the DARPA Young Faculty Award, the Dean’s Excellence in Research Award, and several best paper awards. In 2013, she was elected a UIUC Center for Advanced Study Associate and Willett Scholar. In 2015, she became Distinguished Lecturer of the Information Theory Society. From 2007 until 2015, she has served as Associate Editor of the IEEE Transactions of Communications, Transactions on Signal Processing and Transactions on Information Theory. She was the Guest Editor in Chief of a special issue of the IEEE Transactions on Information Theory on Molecular Biology and Neuroscience. Prof. Milenkovic heads a group working on interdisciplinary algorithmic, machine learning and signal processing problems in computational cancer genomics. Her recent work includes cancer pathway inference via hypergraph clustering methods, cancer gene prioritization via parallel rank aggregation methods and driver gene discovery based on novel discrete optimization strategies.