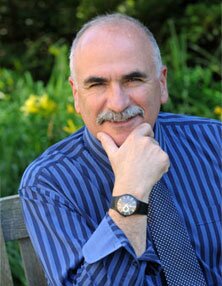 Neal J. Cohen is Professor in the Department of Psychology, the Neuroscience Program, Carle Illinois College of Medicine, and the Beckman Institute at the University of Illinois at Urbana-Champaign. He serves as (founding) Director of the Center for Nutrition, Learning, and Memory (CNLM), a public-private partnership between the University of Illinois and Abbott Laboratories that is the nation’s first nutritional neuroscience research center, in addition to his role as (founding) Director of the Interdisciplinary Health Sciences Institute (IHSI), supporting efforts to catalyze, facilitate, enhance, and coordinate health sciences-related research activities at Illinois.

Dr. Cohen’s work on the cognitive neuroscience of memory has been instrumental in the discovery and characterization of multiple memory systems of the brain, and has advanced the development of novel methods and paradigms for assessing memory in various populations and in interventions aimed at improving memory and cognition. Dr. Cohen is an elected Fellow of the American Association for the Advancement of Science, and a Fellow of the Association of Psychological Science.