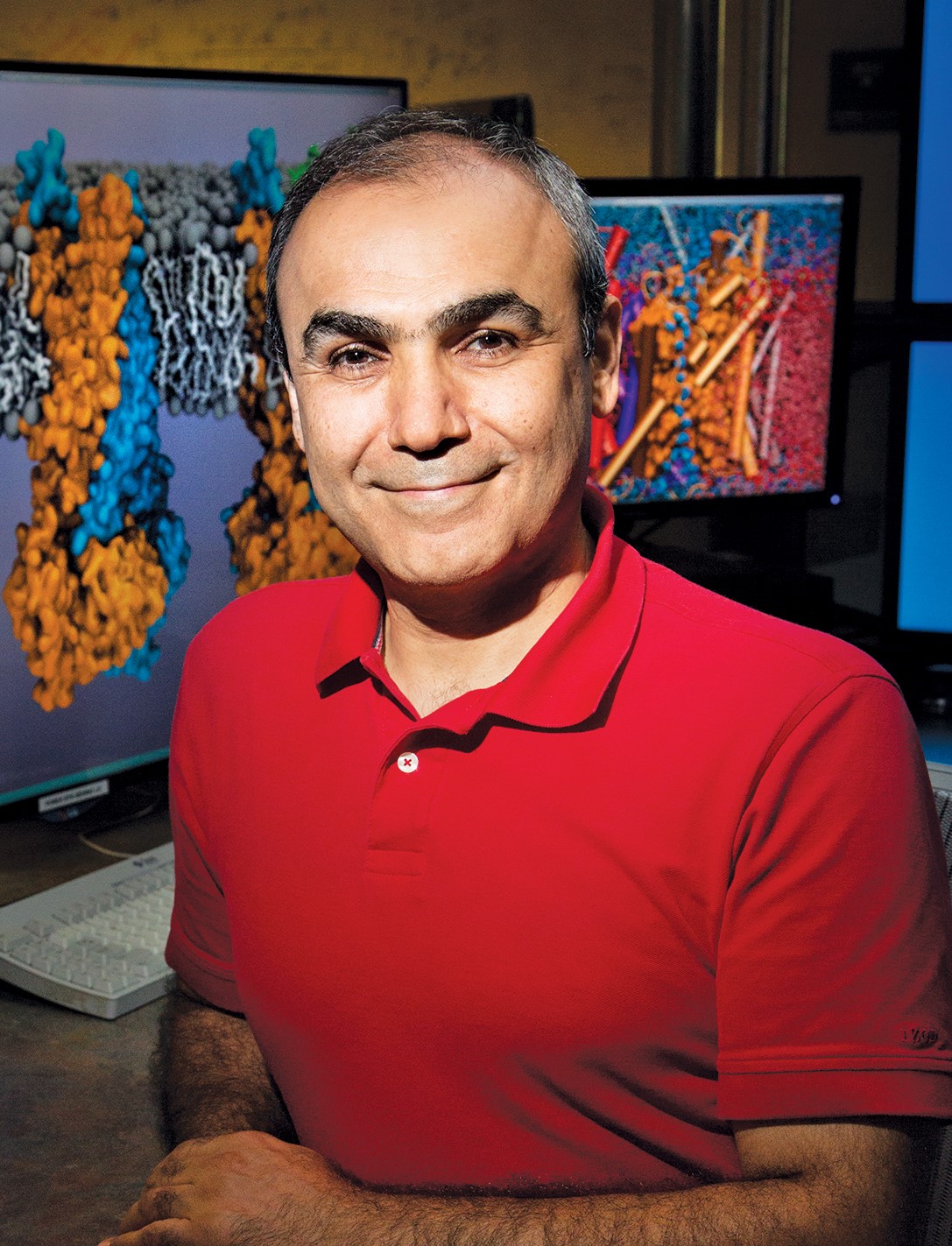 Emad Tajkhorshid’s lab group has established an extensive research program in developing and applying molecular modeling and simulation technologies to the investigation of structure- and dynamics-function relationships in membrane proteins and characterization of other membrane-associated phenomena. The Tajkhorshid lab actively studies a wide range of membrane proteins leveraging an array of advanced computational techniques to provide detailed molecular insight into various mechanistic aspects of their function, in particular details of structural changes involved in their mechanism. Tajkhorshid has a demonstrated track-record in studying protein dynamics, and a key aspect to his group’s success has been close collaboration with leading experimental groups on each system. Tajkhorshid has been contributing to the main mission of the CCIL, namely developing more efficient and more accessible modeling and simulation technologies for the biomedical community and providing service, training, and support to them.

Tajkhorshid directs the NIH P41 Biotechnology Center for Macromolecular Modeling and Bioinformatics at the University of Illinois. He is the Hastings Endowed Chair in Biochemistry, as well as holds additional appointments across multiple colleges and units that include Beckman Institute, Chemistry, Bioengineering, Pharmacology, Biophysics, and Quantitative Biology, Computational Science and Engineering, and the Carle-Illinois College of Medicine. He joined the faculty of Biochemistry (LAS) and Pharmacology (UI COM) in 2007 and was fast-tracked to associate professor with tenure in 2010 and then again to the rank of professor in 2013. His tenure dossier was selected as one of the two top UIUC tenure cases on campus. In 2015, Professor Tajkhorshid was named a University of Illinois Scholar, after being nominated by both UIUC and UIC campuses. In 2016, he was awarded the Faculty Excellence Award from the School of Molecular and Cellular Biology. Later that year he was named Endowed Chair in Biochemistry. He has served on the Editorial Boards of multiple major journals, including Biophysical Journal, Journal of Biological Chemistry, and PLoS Computational Biology, and Biochemical and Biophysical Research Communication. Dr. Tajkhorshid has authored over 200 research articles (H-index 63) with over 23,000 citations.