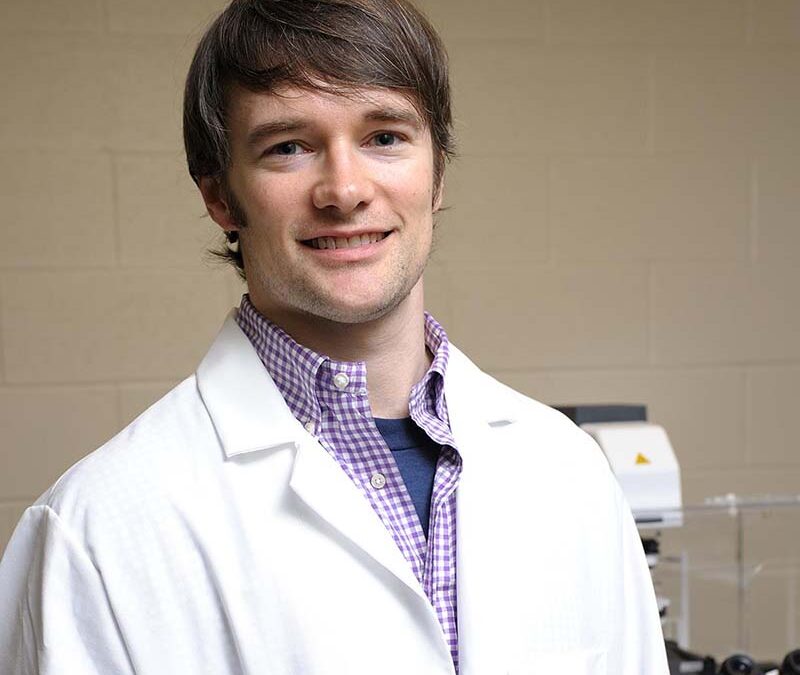 University of Illinois at Urbana-Champaign researchers recently received a $1.8 million grant from the National Institutes of Health (NIH) to develop a new assay technology that could determine the effectiveness of cancer drug treatments and aid in disease prognosis. Led by Illinois Bioengineering Assistant Professor Andrew Smith, the team is focusing on detecting nucleic acid-based biomarkers in a single drop of a cancer patient’s blood.

One such example is prostate cancer, which relies on a 1970s-era blood test—the prostate-specific antigen (PSA)—to screen for the disease. If a patient’s PSA level is high, he has to undergo an invasive and painful biopsy to determine whether cancer is present or not.

These conventional biopsies are unable to distinguish between slow-growing tumors that may never cause the patient harm and more aggressive forms of the disease. As a result, some patients opt for radical treatments that may be unnecessary and could compromise their quality of life.

In addition, once a patient begins drug or radiation therapy it’s difficult to monitor the effectiveness of the treatment. So, Smith and his team, which includes researchers from the Medical College of Wisconsin and the Mayo Clinic, are taking an entirely different approach. By frequently measuring the concentrations of microRNA biomarkers in a patient’s blood during his cancer treatments, they believe they can determine precise therapeutic regimens for each patient.

“Early data on blood-based nucleic acids such as mRNA, microRNA, and DNA suggest that these may be a highly accurate indication of a patient’s cancer that can allow rapid, non-invasive, and routine analysis to measure recurrence, spread, and therapy response,” said Smith, a faculty member at the Micro + Nanotechnology Lab and the Carl Woese Institute for Genomic Biology on the Illinois campus.