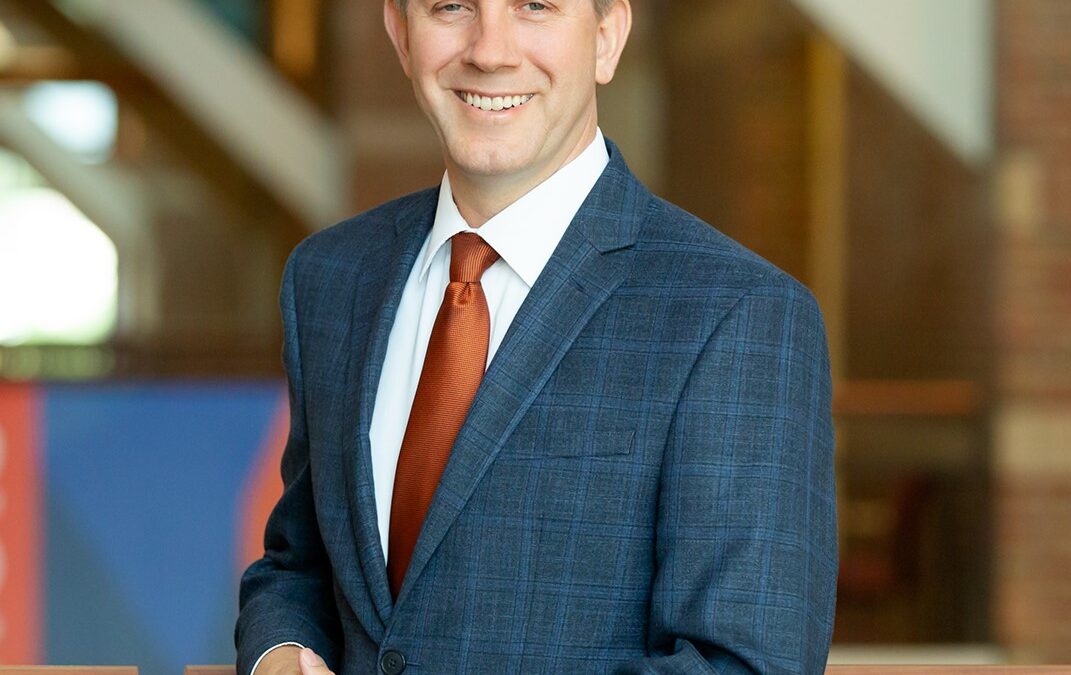 Urbana, Ill. – Researchers at the Beckman Institute for Advanced Science and Technology and the Cancer Center at Illinois employed a specialized microscopy technique, two-photon fluorescence lifetime imaging microscopy, to image and biochemically characterize individual extracellular vesicles in a non-destructive manner. The FLIM technique images molecules involved in oxidation-reduction, or redox, reactions, which play a critical role in cellular metabolism. FLIM characterization of EV redox states could assist in the early detection of cellular diseases, including cancer, from urine or blood samples.

This work, “Label-free characterization of single extracellular vesicles using two-photon fluorescence lifetime imaging microscopy of NAD(P)H,” was published in Scientific Reports. The lead author of the study, Janet Sorrells, is a graduate student in the Department of Bioengineering at the University of Illinois Urbana-Champaign.

Redox-active molecules — namely, NADH and NADPH, together termed “NAD(P)H” — are critical for the metabolic reactions that produce energy for a cell, such as the citric acid cycle and the electron transport chain. Although redox-active molecules are concentrated in the mitochondria, the energy producers of the cell, they are also found in extracellular vesicles. Previous work has shown that EVs deriving from cancerous cells have an altered profile of NAD(P)H fluorescence, suggesting that EVs could serve as a biomarker for cellular disease.

“Extracellular vesicles have phospholipid membranes, so they can go between cells and play a role in cell-to-cell communication,” Sorrells said. “There is a lot of evidence pointing to EVs as mediators of metastasis in cancerous cells.”

The challenge with using EVs for early-stage diagnosis lies in the intrinsic variation in EV redox states, even within the same cell. Existing techniques for imaging and characterizing NAD(P)H only provide bulk measurements on a population of EVs. This means subtle variations within individual EVs that may be indicative of disease are easily missed.

“You could be analyzing thousands of EVs, and what you would get is a profile of the average EV in the sample,” Sorrells said. “Maybe only 1% of these EVs are related to cancer and metastasis, meaning they’re going to help the spread of cancer, and the other 99% are healthy. That’s going to make it really hard to pinpoint the problem.”

Sorrells and her co-workers in the Biophotonics Imaging Laboratory addressed this challenge by embedding EVs in a gel and using FLIM to separately image and measure each EV. While other techniques for EV characterization rely on NAD(P)H fluorescence intensity to generate a readout, FLIM also measures the timescale of this fluorescence. The net result is that FLIM can distinguish between NADH and NADPH fluorescence, as well as whether these molecules are bound to proteins or free in the cell.

In the long term, Sorrells hopes FLIM can be used to detect disease states in samples of biological fluids, such as blood or urine. “Our group is interested in looking at liquid biopsies, but that comes with a whole set of challenges,” Sorrells said. “From the technology development side, we’re working on making the imaging process faster so it can offer higher throughput.”

While Sorrells does not intend to be directly involved with the translation of FLIM to a clinical setting, this work will be carried out by her colleagues in the Biophotonics Imaging Laboratory. The Biophotonics Imaging Lab is directed by Stephen Boppart, a professor of electrical and computer engineering and bioengineering at U of I. Professor Boppart is also affiliated with the Cancer Center at Illinois and Carle Illinois College of Medicine and has ongoing collaborations with Carle Foundation Hospital.

“The potential for this technique to not only detect and characterize in urine or other body fluids, but also to perform rapid screening for cancer and its aggressiveness, is clinically significant,” Boppart said. “We are excited to explore this concept further with our interdisciplinary team.”