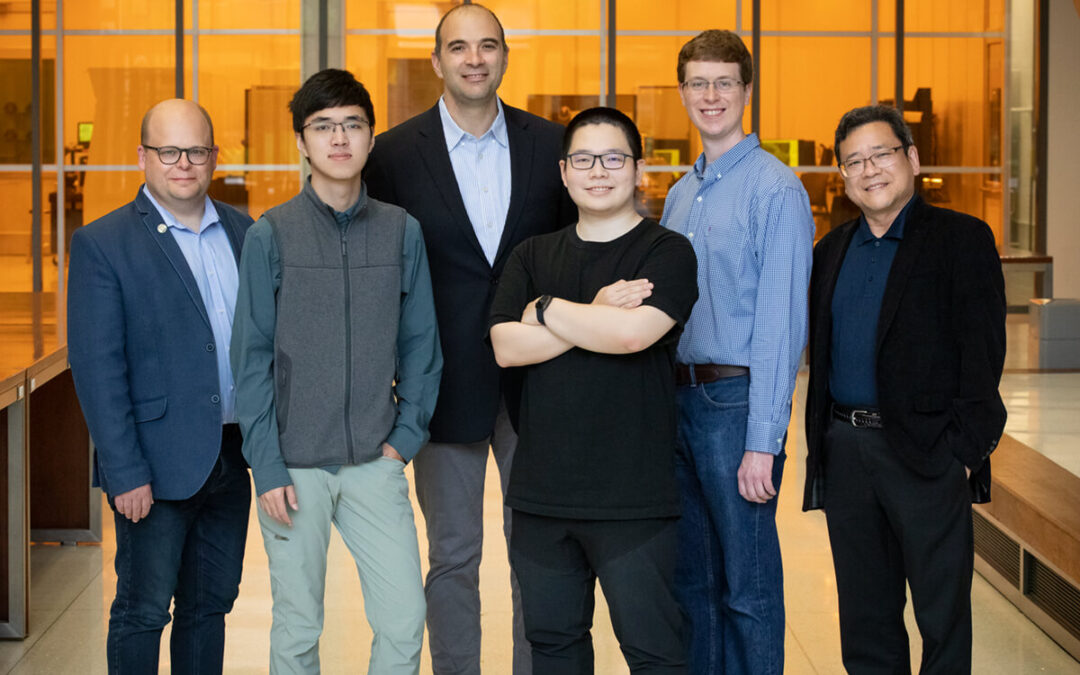 Urbana, Ill. – Some of the world’s greatest innovations, such as Leonardo da Vinci’s flying machine, owe their strength and elegance to natural design. Researchers from the University of Illinois Urbana-Champaign have returned their gaze to the natural world to develop a camera inspired by the mantis shrimp that can visualize cancer cells during surgery.

A new study led by electrical and computer engineering professor Viktor Gruev details how the new camera works with tumor-targeted drugs to see cancer in animal and human patients. The study is published in the journal Science Translational Medicine.

“Engineers spend incredible amounts of time and money developing the image sensors in cellphones,” said Gruev, who also is affiliated with Carle Illinois College of Medicine. “When we are out on the town, these devices can capture pictures that are perfect for social media, but when doctors are examining patients, they don’t care how nice the shot looks – they care how well the picture captures reality. The driving force in the camera market is simply incompatible with the technology required for medical diagnostics.”

Looking for a better way forward, the researchers turned to the compound eye of the mantis shrimp.

“The mantis shrimp has these incredible eyes,” said Steven Blair, an electrical and computer engineering graduate student and the lead author of the study. “Humans perceive three colors – red, green and blue – because of a single layer of light-sensitive cone cells that line our retina, but the mantis shrimp perceives upward of 12 colors thanks to the stacks of light-sensitive cells at the tip of its eye. The mantis shrimp’s little eyes can thus see things that humans can’t imagine – and do so in a fraction of the space.”

In the hopes of replicating this visual system in a single imaging device, the team integrated advanced semiconductor devices and specialized optical filters. The technology can capture the three colors of visible light that a doctor would normally see as well as three colors of invisible near-infrared light that the doctor would miss. It can then be paired with multiple tumor-targeted probes that accumulate in cancerous tissue and emit near-infrared light, permitting the doctor to see exactly where the tumors are located in a patient. These probes are just now entering medical markets.

Click here to see a video explaining this research.

“The combination of this bioinspired camera and emerging tumor-targeted drugs will ensure that surgeons leave no cancer cells behind in the patient’s body,” said Goran Kondov, a professor and chief surgeon from North Macedonia who demonstrated this technology in the operating room. “This additional set of eyes will help prevent recurrence of the disease, providing patients a quicker and easier path to recovery. And the device can potentially be manufactured at low cost since it is so simple, making it accessible to hospitals around the world. “ 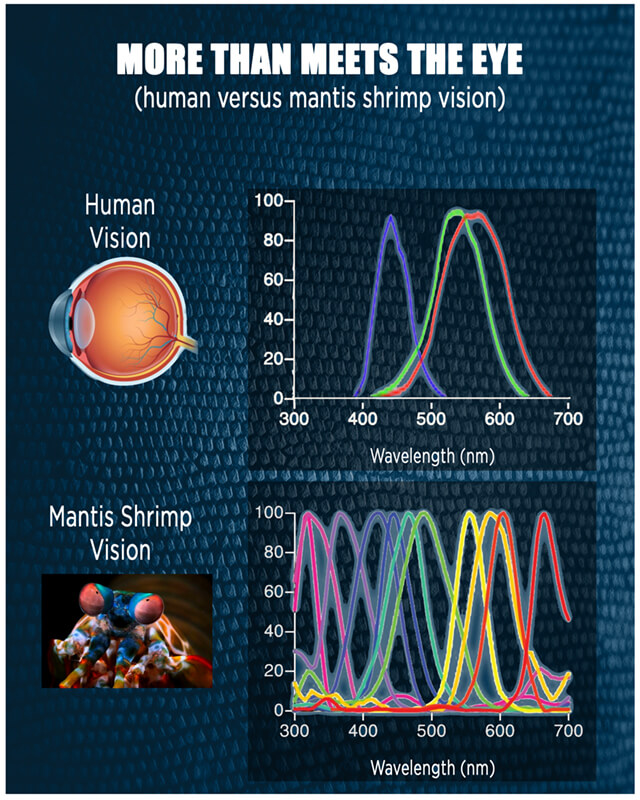 While the human eye perceives three colors – red, green, and blue – the mantis shrimp perceives upward of 12 colors thanks to the stacks of light-sensitive cells at the tip of its eye.

The next step for the team is the integration of the camera with endoscopic systems to satisfy the demands of minimally invasive surgeries in resource-limited hospitals.

The Air Force Office of Scientific Research, the U.S. Department of Defense, the National Science Foundation and the Office of Naval Research supported this research.

Gruev also is affiliated with the Beckman Institute for Advanced Science and Technology, the Cancer Center and bioengineering at Illinois.

The paper “Hexachromatic bioinspired camera for image-guided cancer surgery” is available online and from the U. of I. News Bureau.