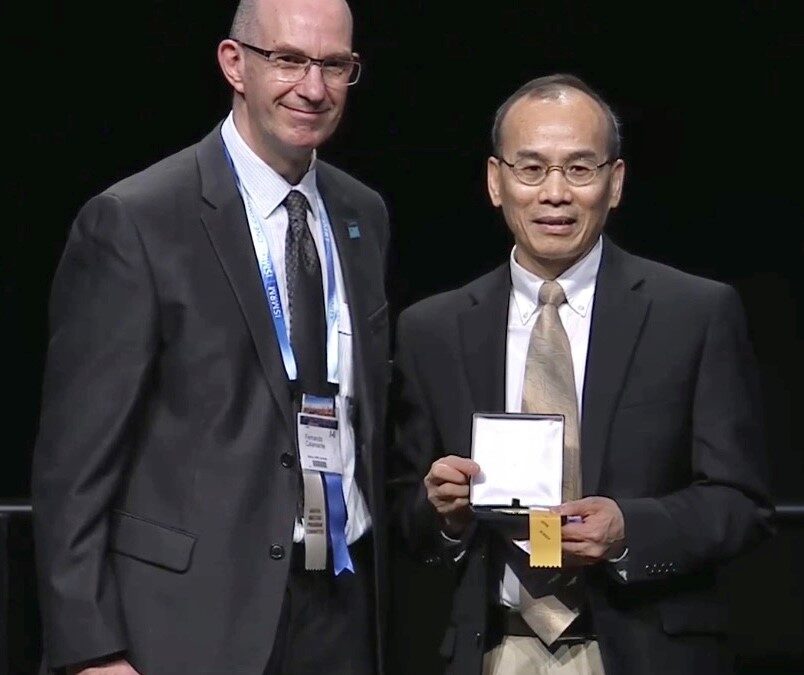 Zhi-Pei Liang (right), a faculty researcher at the Beckman Institute, received the Gold Medal from the International Society of Magnetic Resonance in Medicine at a ceremony in London on Monday, May 9, 2022. Pictured left: Fernando Calamante, the President of the ISMRM.

Zhi-Pei Liang, Cancer Center at Illinois scientist and a faculty researcher at the Beckman Institute for Advanced Science and Technology and the Franklin W. Woeltge Professor of Electrical and Computer Engineering, has received the prestigious Gold Medal from the International Society of Magnetic Resonance in Medicine.

He received this award at a ceremony in London on Monday, May 9, 2022.

“It is my great pleasure and privilege to be the ISMRM President to present Zhi-Pei this award for his outstanding contributions to constrained magnetic resonance reconstructions,” said Fernando Calamante, a professor of biomedical engineering at the University of Sydney and the director of the Sydney Imaging Core Research Facility. “His work has been tremendously influential to both parallel imaging and compressed sensing, two MRI methods that have transformed how we speed up MR data acquisition.

“Zhi-Pei has been a pioneer in this area and a true exemplar of the ISMRM Gold Medal, the highest honor conferred by the society.”

The Gold Medal recognizes major research contributions to the field of magnetic resonance.

“I am greatly honored and humbled by this special recognition,” Liang said.

Liang received his Ph.D. in biomedical engineering from Case Western Reserve University in 1989. He was recruited to the University of Illinois Urbana-Champaign by the late Paul Lauterbur, a Nobel Laureate and the inventor of MRI.

“I am blessed to have had the honor and privilege of having Paul as a mentor, colleague, and close friend for 17 years until he passed away in 2007. He had the strongest influence on me, my research, and my approach to pursuing scientific dreams,” Liang said.

According to Liang, his accomplishments would not have been possible without the opportunity to collaborate closely with interdisciplinary Illinois colleagues and students.

“They have made me a better researcher and teacher,” he said. 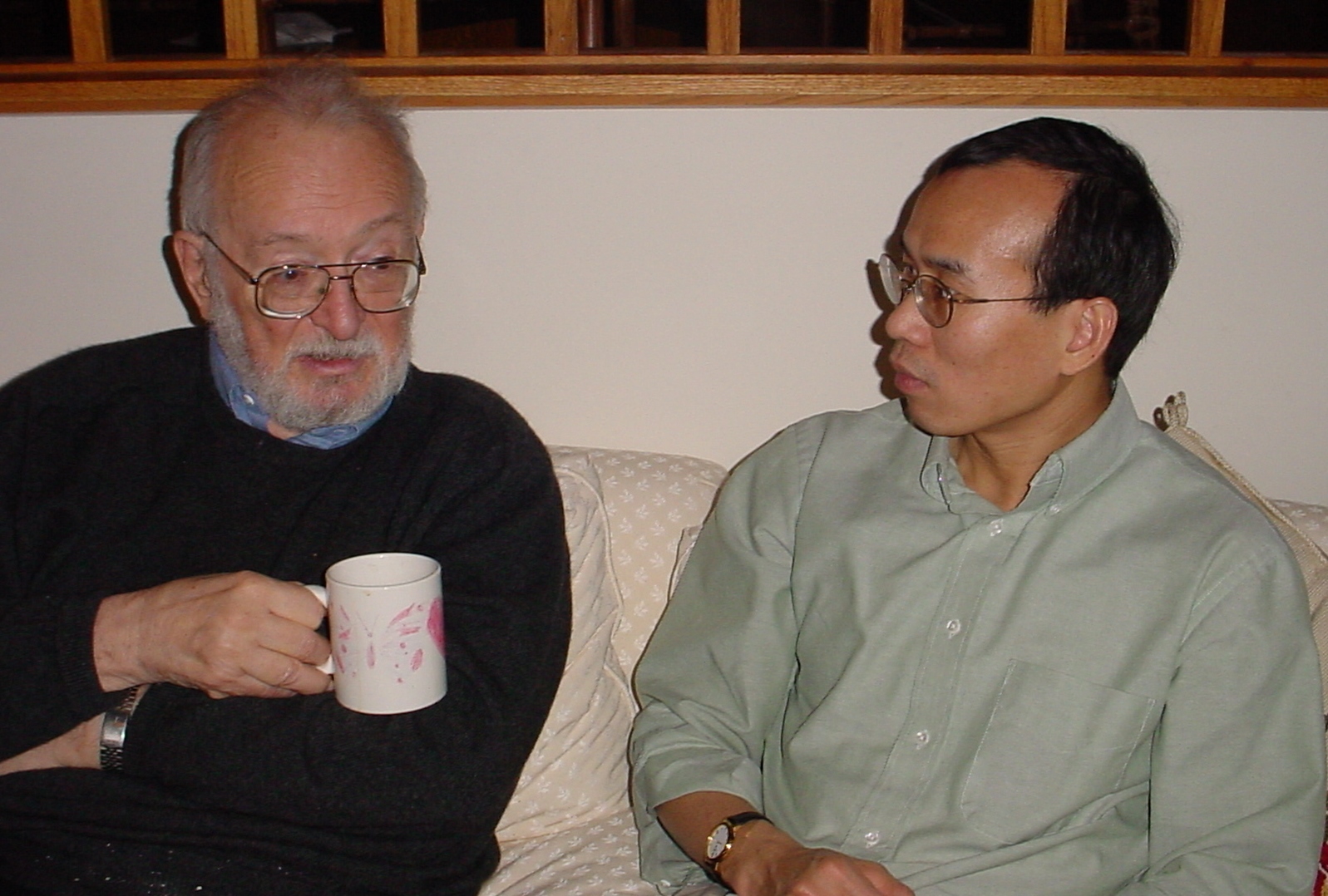 Liang was recruited to the University of Illinois Urbana-Champaign by the late Paul Lauterbur, a Nobel Laureate and the inventor of MRI.

Liang’s contributions to MRI and spectroscopy range from spin physics and signal processing to machine learning. His research has led to a new class of model-based imaging methods that have significantly improved MRI’s speed and resolution with numerous biomedical applications, especially for cardiac and brain imaging.

“Dr. Liang is widely recognized as a pioneer and leader of the technical area known as constrained imaging. He has made a range of seminal and fundamental contributions to this area, which have not only provided a solid technical foundation for constrained image reconstruction incorporating a priori information but also have significantly enhanced the speed and resolution of MR dynamic imaging and spectroscopic imaging,” said Leslie Ying, the Clifford C. Furnas Professor of Biomedical Engineering and Electrical Engineering at the University at Buffalo and the Editor-in-Chief of IEEE Transactions on Medical Imaging.

Liang served as president of the IEEE Engineering in Medicine and Biology Society — the largest international society on biomedical engineering — from 2011-2012, and received its Distinguished Service Award in 2015. He currently serves as Chair-Elect of the International Academy of Medical and Biological Engineering.

To learn more about the ISMRM Gold Medal, visit: https://www.ismrm.org/about/society-award-winners/gold-medal/