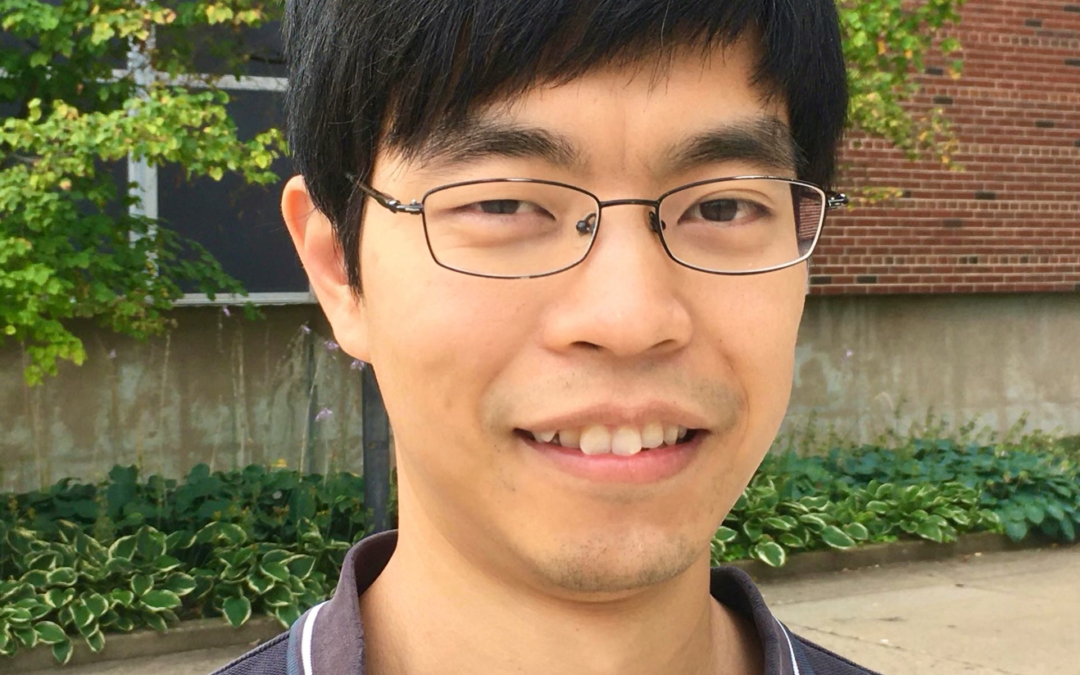 Urbana, Ill. – Nicholas Wu, assistant professor of biochemistry, was recently named an associate member of the Cancer Center at Illinois. Previously focusing on viruses such as influenza and COVID-19 in his research, Wu is eager to expand his knowledge and to explore further opportunities in new fields of study: cancer and immunotherapy.

Wu’s research on the influenza virus and antibody-based immunotherapies focuses on developing methodologies to improve antibodies, which Wu says is beneficial as a therapeutic to many health-related problems.

Antibodies generated by the body and/or during virus infection or vaccination help the body’s immune system better identify and fight disease-causing agents. Antibody-based immunotherapies function similarly and are developed in labs to fight diseases such as cancer as a type of targeted therapy. These therapies are used to treat many types of cancers.*

Wu hopes his research and interest within virology and immunology will present him with new opportunities in different fields of research.

“We have an understanding of how antibodies work and have a good platform on how to engineer them,” Wu said. “Now, I’m trying to establish my own lab; and gradually move away from the flu and explore more things, including cancer,” Wu said.

In addition to his research on the Influenza virus, Wu has also researched other viruses that include HIV, Hepatitis C Virus [HCV], and SARS-CoV-2 viruses.

“We’ve looked at virus evolution – it’s similar to how cancer develops; both cancer and viruses gain resistance to drugs since they evolve so fast,” Wu said. “I’ve also researched how flu evolved to resist antibodies, and I’ve also been looking at the antibodies themselves.”

Wu’s involvement with the CCIL started with a collaborative project with Paul Selvin, CCIL researcher and professor of physics, which involved the development of a new microscopy tool that included the optimization of an antibody-antigen interaction.

In addition to his collaboration with Selvin, Wu is hoping to further develop relations within the CCIL community.

“Although I don’t have much background with cancer research, the best way to learn about it is to be a part of the community; and the CCIL provides a great environment for me to grow as a scientist and help me learn more about cancer,” Wu said.

Wu hopes to gain several opportunities by progressing as a new CCIL member, such as becoming a part of the frontier of cancer research and conducting research that will be placed into clinical trials. He also hopes to gain more collaboration with University of Illinois cancer researchers to explore the development of antibody-based immunotherapies.

“I’m looking for anyone who is interested in developing therapies using antibodies – we have the technology to improve those antibodies, but we’re missing a question – meaning, if someone is interested in improving an antibody, we can do it, but we just need to figure out what is the best “problem” to go after,” Wu said.

Wu also notes that the welcoming atmosphere of the CCIL is something he is looking forward to as he continues his research at the University of Illinois.

“The environment at UIUC is very collaborative and I’ve had a lot of help,” Wu said. “It could be quite challenging to establish a lab during the pandemic, but it ended up not being as challenging as I thought, due to the help of other faculty,” Wu said.