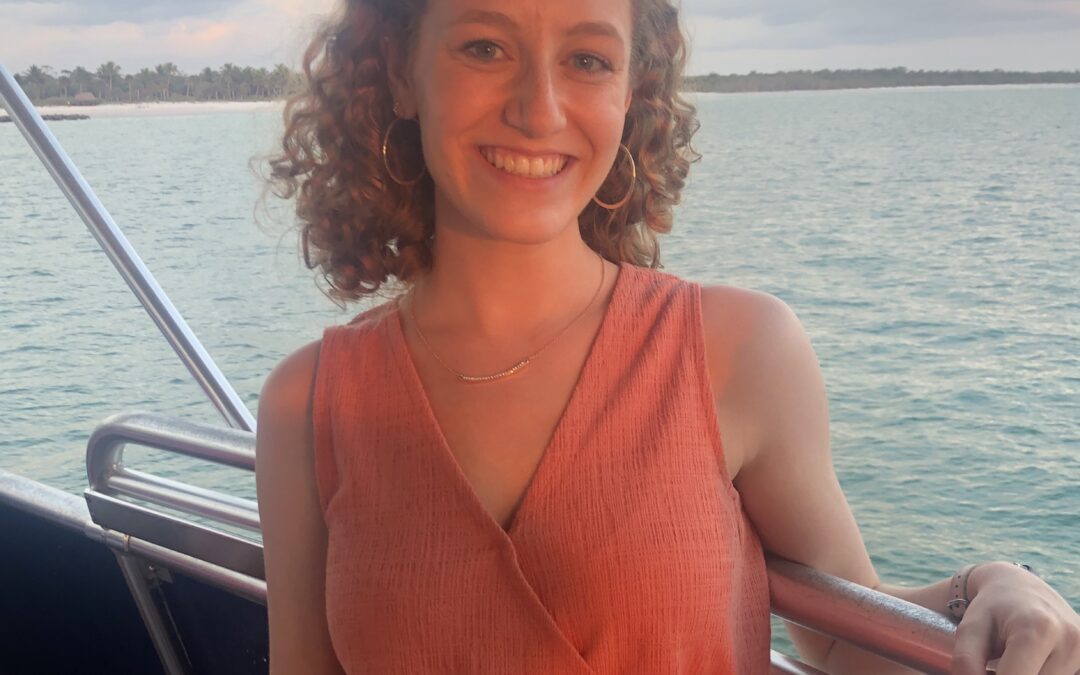 Urbana, Ill. – When a patient battling blood cancer needs a bone marrow transplant, their chances of survival are very low unless a match is found. Unfortunately, the chance of an immediate familial match is only 30%. Courtney Ketchum, a former Cancer Center at Illinois student, is supporting patients in their fight against cancer by founding the campus chapter of Gift of Life.

Gift of Life is a national non-profit organization that focuses on growing the bone marrow donor registry as much as possible. As a result, the chances of finding a match are maximized.

“Bone marrow donation often correlates with your ethnicity, and since college campuses are so diverse, having bone marrow drives on different campuses can help diversify the registry,” Ketchum said.

Originally a Gift of Life campus ambassador, Ketchum was worried there would be no new ambassador for the fall of 2021, so it became essential for her to leave a legacy behind and to ensure the work on campus continued.

“I was sad that I was graduating and that it meant the school was probably not going to be able to keep having drives in the fall. So, I thought if I start Gift of Life as an official club for us then it could keep going on even after I left,” Ketchum said.

Be the Match, another national bone marrow donation organization with a campus chapter, was already established as an official Registered Student Organization (RSO). Initially, Ketchum and her peers struggled with convincing the RSO office that Gift of Life that there was a need for both organizations. Eventually, the RSO office realized that both groups could work towards the goal of growing the bone marrow registry and saving lives, together.

“Ultimately, bone marrow donation is one of the only ways to cure a patient of blood cancers and blood disorders. Until other methods are found, it is really important to grow the registry — regardless of whether somebody swabs with us or with Be the Match,” Ketchum said.

“Our long-term goal is to grow the organization and host as many drives as we can. We want to eventually get to the size where we can have drives every other week or even weekly.”

Ketchum is currently a post-baccalaureate cancer research training fellow in the Laboratory of Pathology at the National Institutes of Health (NIH) Clinical Center and intends to apply for medical school in 2022.

Find out more about the Gift of Life. 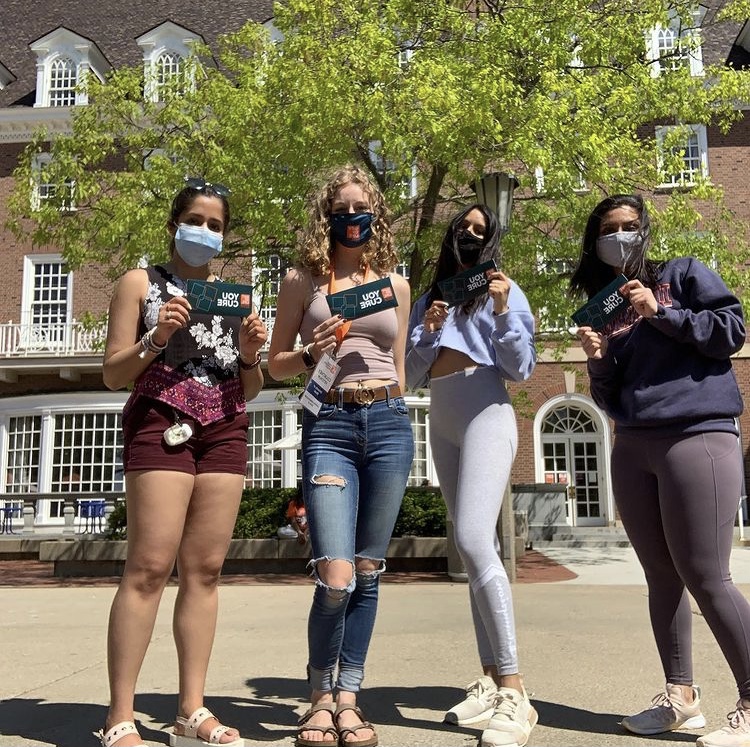 Image of Gift of Life members at one of their drives this past semester.

Learn more about the Gift of Life.