Gene expression altered by direction of forces acting on cell 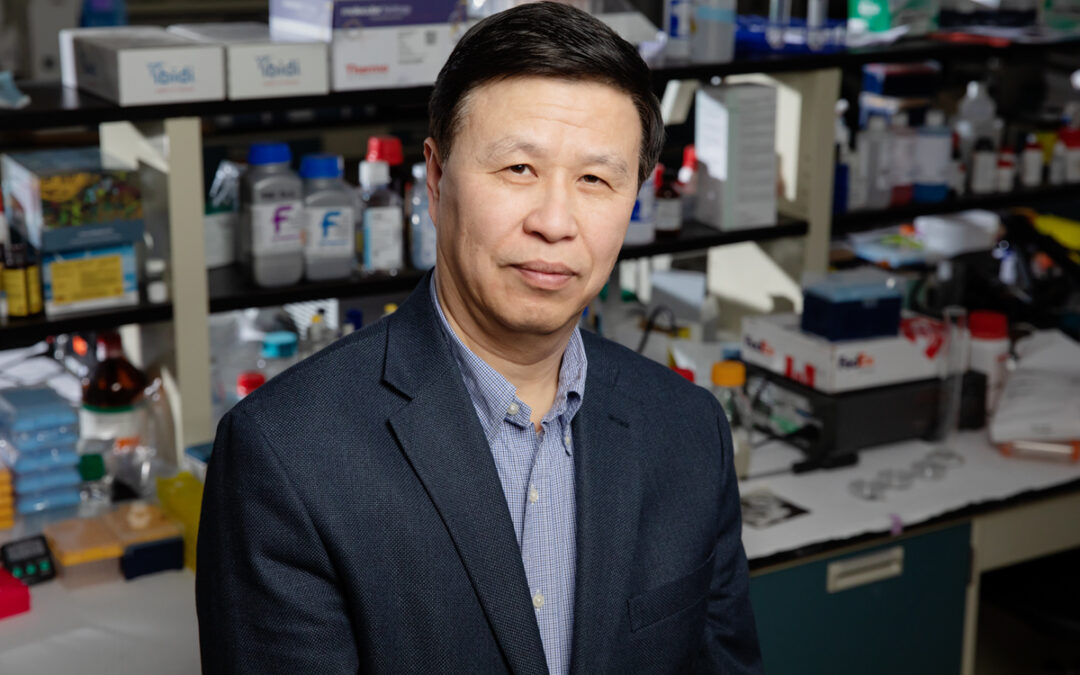 CHAMPAIGN, Ill. — Tissues and cells in the human body are subjected to a constant push and pull – strained by other cells, blood pressure and fluid flow, to name a few. The type and direction of the force on a cell alters gene expression by stretching different regions of DNA, researchers at University of Illinois Urbana-Champaign and collaborators in China found in a new study.

The findings could provide insights into physiology and diseases such as fibrosis, cardiovascular disease and malignant cancer, the researchers said.

“Force is everywhere in the human body, and both external and internal forces can influence your body far more than you may have thought,” said study leader Ning Wang, a professor of mechanical science and engineering at Illinois. “These strains profoundly influence cellular behaviors and physiological functions, which are initiated at the level of gene expression.”

The effects of physical forces and signals on cells, tissues and organs have been less studied than those of chemical signals and responses, yet physical forces play an important role in how cells function and respond to their environment, Wang said.

Most studies seeking to understand the mechanics of cells apply force using a microscope cantilever probe to tap a cell’s surface or a focused laser beam to move a tiny particle across the surface. However, these techniques can only move in one dimension. This incomplete picture leaves fundamental questions unanswered, Wang said – for example, the difference in the responses to shear stress from blood flow and stretching from blood pressure.

Wang and his collaborators developed a method that allows them to move a magnetic bead in any direction, giving them a picture of the ways forces act on a cell in 3D. They call it three-dimensional magnetic twisting cytometry.

They found that the force from the magnetic bead caused a rapid increase in expression for certain genes, but the amount of the increase depended on the direction the bead moved. When the bead rolled along the long axis of the cell, the increase was the lowest, but when the force was applied perpendicularly – across the short axis of the cell – gene activity increased the most. When the bead was moved at a 45-degree angle or rotated in the same plane as the cell to induce shear stress, the response was intermediate.

“These observations show that gene upregulation and activation are very sensitive to the mode of the applied force, when the magnitude of the force remains unchanged,” Wang said.

In further experiments, the researchers found that the reason for the difference lies in the method that the forces are relayed to the cell’s nucleus, where DNA is housed. Cells have a network of support structures called the cytoskeleton, and the main force-bearing elements are long fibers of the protein actin. When they bend due to a force, they relay that force to the nucleus and stretch the chromosomes.

These actin fibers run lengthwise along the cell. So when the force strains them widthwise, they deform more, stretching the chromosomes more and causing greater gene activity, the researchers found. They published their findings in the journal Nature Communications.

“A stress fiber is like a tense violin string. When a stress is applied across the short axis of the cell, it’s just like when a person plucks a violin string vertically from the string’s direction to produce a louder, more forceful sound,” Wang said.

The researchers’ next step will be to create disease models to see how different forces might help explain the mechanism of certain diseases, and to identify possible therapeutic targets or applications.

“In certain diseases, such as aortic valve calcification, arterial atherosclerosis, liver fibrosis or malignant tumors, these cellular responses and adaptation go awry, causing the tissues and organs to function abnormally,” Wang said. “This is the first time that the mechanism of living cells’ different biological responses to the direction of forces at the level of genes has been revealed, so perhaps with our three-dimensional approach we can understand these diseases better.”

The U.S. National Institutes of Health and the National Science Foundation of China supported this work. Wang is affiliated with the Beckman Institute for Advanced Science and Technology, the Cancer Center at Illinois, the Carle Illinois College of Medicine, the Carl R. Woese Institute for Genomic Biology, the department of bioengineering and the Holonyak Micro and Nanotechnology Lab at Illinois.