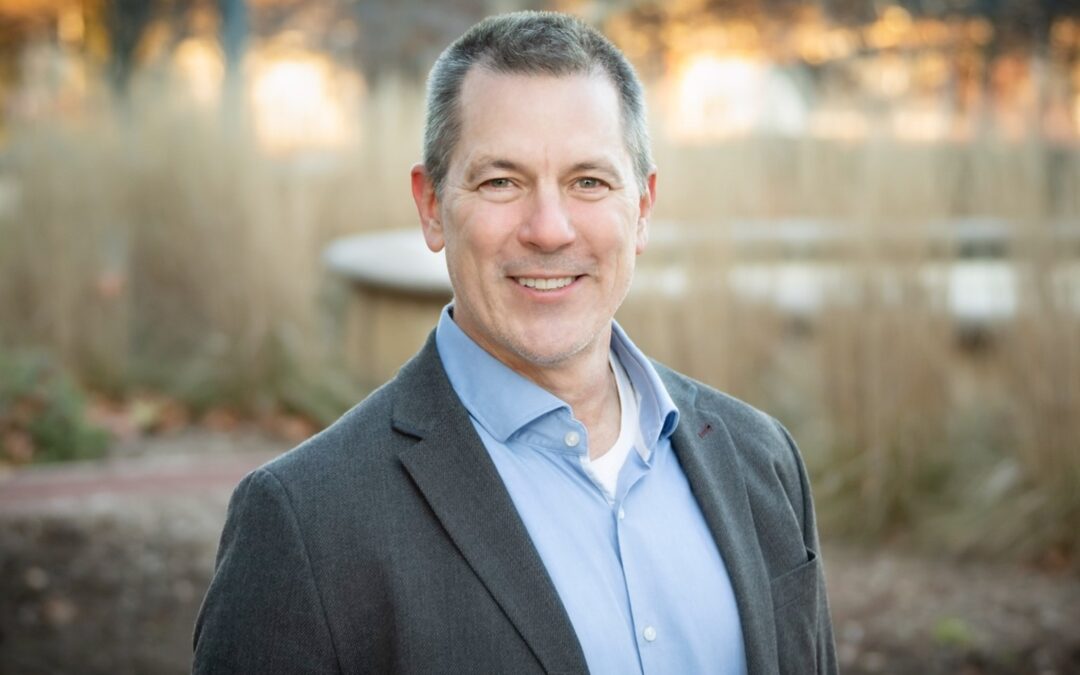 Urbana, Ill. – Cancer Center at Illinois scientist and professor of cell and developmental biology, Brian Freeman, has focused his research on the study of molecular chaperones (MCs) since the beginning of his career as a graduate student when chaperones were thought to have no medicinal purpose. Now, the medical research community knows that MCs play a role in most human diseases including cancer, diabetes, and neurodegeneration. However, the exact role and mechanisms of MCs remains unknown.

Proteins play critically important roles in cells and can cause fatal problems if they are not properly made, functioning, or being degraded. In these cellular processes, chaperones are present to ensure there are no mistakes.

“Everyone knows what a chaperone is – imagine a school dance – they’re there to make sure everyone behaves. With proteins, the chaperones are there to shield the polypeptides and create an environment for the nascent chains to fold properly, and correctly interact with other proteins,” Freeman said. “Then, during their lifetime, when protein complexes must be disassembled, the chaperones come along and pull them apart – just like at the end of a school dance.”

Because of their importance, chaperones are some of the most conserved proteins, meaning they can be found in many lifeforms from bacteria to humans. Many of Freeman’s students are currently studying MCs in the budding yeast cell model; the conservation of these MCs means that their findings can be easily translated to human significance, including the understanding of the transition to cancerous states.

In the past, researchers have attempted to use chaperones as a therapeutic target. A specific MC known as Hsp90 was targeted in cancer cells, and although some patients responded well to this treatment with reduced levels of Hsp90, results eventually showed a lack of improvement due to a heat shock response that raised Hsp90 back to cancerous levels.

While these Hsp90 clinical trials could not shrink tumors, they were able to stop tumor growth for several months to years in some patients. Other studies have capitalized on the large number of Hsp90 on the surface of cancer cells to improve tumor detection and visibility of tumor margins in the operating room by developing fluorescent labels that attach to Hsp90.

“My lab is also studying how Hsp90 affects normal cell pathways and how it might reorganize genomes,” Freeman said. “We know that in cancer biology, genomes are greatly manipulated in terms of position and movement, and MCs play a huge role in genome stability. So, we think this type of work will be very impactful for cancer studies in the future.”

These chaperone studies and discoveries are applicable to a wide variety of cancers and other diseases, including tropical diseases. With elevated levels across many disease states, it can be very difficult to identify the specific role that each MC plays and to develop therapeutics to target them.

However, Freeman’s lab hopes to reintroduce MCs – and Hsp90 in particular – as a therapeutic target for cancer patients. Although the first clinical studies were unsuccessful, Freeman believes that the research community has a better understanding of the roles and processes of molecular chaperones, and looks forward to witnessing new studies that develop therapeutics targeting Hsp90 and other chaperones.

Freeman was recently named a 2021 Fellow of the American Association for the Advancement of Science (AAAS) for his exceptional work in the field of molecular chaperones (MCs).

Find out more about Brian Freeman’s lab and research.