For Black Women With Breast Cancer, Segregation And Other Factors Linked to Worse Outcomes 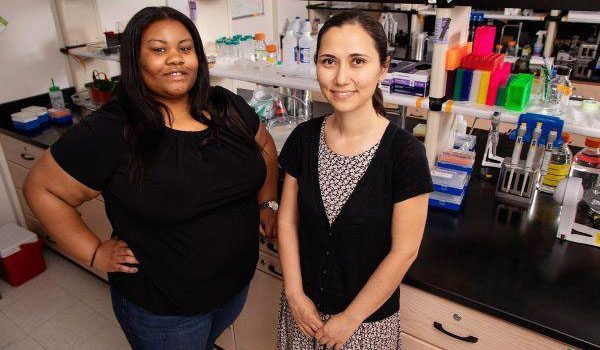 A new review finds that lower rates of survival for African-American women with breast cancer are linked to segregation, poverty and lack of access to healthcare facilities.

Thousands of studies on breast cancer have looked at how a person’s race can affect both when they get diagnosed and their chance of survival. But only a few have explored how racial disparities are connected to other factors, like where women live.

“If you’re living in poor neighborhood conditions, it’s going to have a negative effect on your outcomes” or the stage at which you get diagnosed, said University of Illinois doctoral student Brandi Patrice Smith.

Smith is the lead author of a new review, published in the journal Hormones and Cancer, that aggregates the findings of studies involving more than 93,000 black women in Illinois and across the U.S.

She found that, even in low-income neighborhoods with new economic development, black women still were at greater risk of a late-stage diagnosis.

She said it might seem counterintuitive, but many urban areas lack the specialized services that cancer patients need.

Smith said she plans to conduct a similar study on African-American women in rural areas and hopes her research will lead to policy changes that promote health equity.