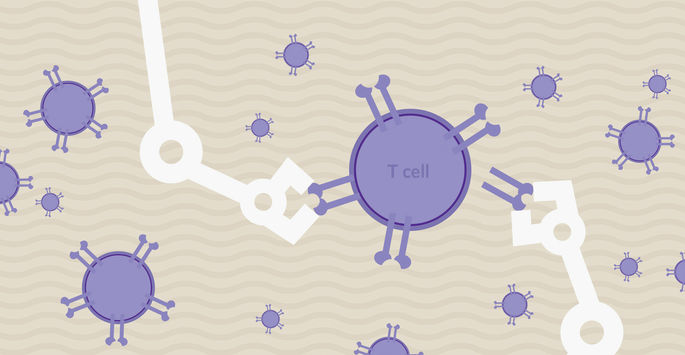 T cell receptor (TCR) gene therapy can target the immune system to solid tumors in ways CAR-T cells can’t match, but the field is still looking for a clear success.

Last September, GlaxoSmithKline took over one of Adaptimmune Therapeutics’ clinical-stage T-cell receptor (TCR) gene therapy programs, paying its Oxfordshire, UK–based partner $61 (£48) million in option payments and milestones. The move was big pharma’s most notable commitment yet to TCR therapy in cancer. TCRs have so far operated in the shadow of chimeric antigen receptor T-cell (CAR-T) therapies, but TCRs may have the advantage in solid tumors. “Targeting solid tumors, TCRs look like the shorter path to success than CARs,” says Phil Greenberg of the Fred Hutchinson Cancer Research Center in Seattle. Several ongoing and planned clinical trials seek to demonstrate this (Table 1). “We really are going to find out over the next year or two exactly where we are with T-cell [receptors], and how efficacious they are,” said Adaptimmune co-founder and CEO James Noble at a Leerink Partners September investor round table.