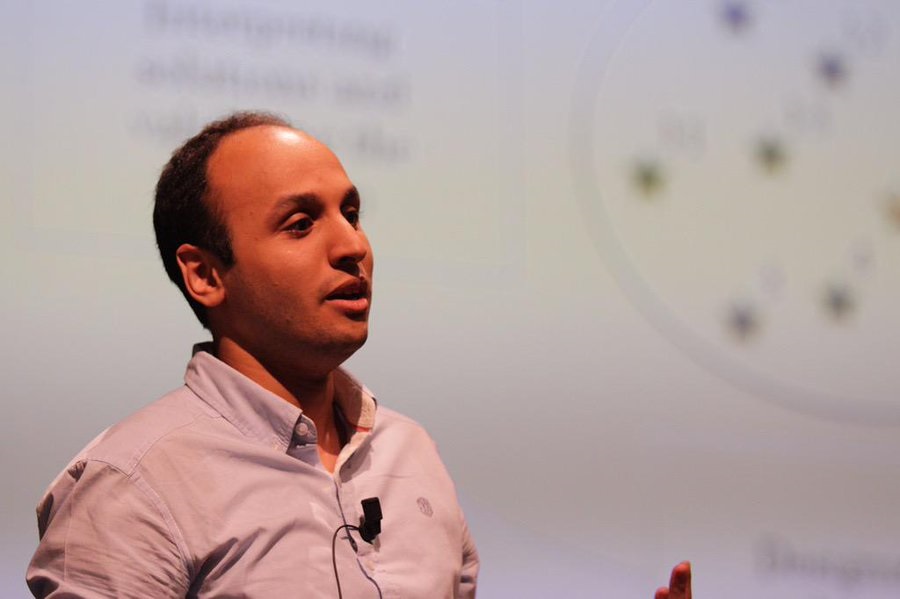 The $500,000 award funds and validates El-Kebir’s research agenda in this area for roughly the next five years. His attention to Computational Cancer Genomics dates to 2014, when he chose the focus as a postdoc. For years, El-Kebir has honed this effort, believing that it offers the most opportunity to find a new path toward more effective cancer treatment.

Now, he has identified that path as SCS, because of its ability to “precisely reconstruct a tumor’s evolutionary history at single-cell resolution.”

“We are trying to unravel the mystery behind tumor behavior by identifying its evolutionary trajectory,” he said. “In essence, we want to find out all the rules of the game to cancer evolution. We want to find tendencies, which will help the community forecast what will happen next with a tumor – thus identifying the best way to treat it.”

The root of El-Kebir’s SCS project comes from the desire to uncover all knowledge spanning the lifetime of a tumor.

That means tracing it back to a single cell. At the onset of a tumor, one mutation occurred causing this one cell to become fitter than surrounding cells.

Researchers, however, have been unable to track this process in real-time. They use what El-Kebir calls a snapshot. When practitioners resect a tumor from a patient, the process of bulk sequencing begins based on this snapshot. They then compare genomic data taken from the tumor against a matched normal sample.

SCS can provide a more streamlined resource for clinicians based on a clearer picture of the data.

“There is beautiful computer science happening here,” El-Kebir said. “We can actually see everything one cell at a time. The reads that we receive from each cell changes your picture entirely because you absolutely know which mutations go together.

“That’s the interesting aspect of it, but we also know that these algorithms are not perfect yet. It’s a rather new technology, and it has high error rates.”

El-Kebir’s research will not only apply SCS, but it will work on cleaning up the “noisy” data that drives it.

The fact that NSF validated this effort proved to El-Kebir that he holds the respect of his research community. That motivates him to move this effort forward over the next five years, with the graduate students who are at his side.

Specifically, the professor referenced graduate students Leah Webber and Palash Sashittal as two people particularly engaged in this work with him.

This collaborative research could uncover new directions over the five years ahead, but El-Kebir believes the primary focus will not change. SCS can provide a new direction in cancer treatment based on improved knowledge of tumor behavior.

“I laid out a vision, in terms of how I see the field growing and adapting, and I’m honored to earn the NSF CAREER Award. This means my efforts and research plan are well-received,” El-Kebir said. “This work absolutely motivates me because it is both intriguing from a technical component while it also provides a practical impact that can affect society at large.

“As we refine the algorithms and produce better sequencing technologies, it could be five years – and definitely within our lifetimes – when we begin to see differences in the way we treat cancer.”

– Written by the Aaron Seidlitz