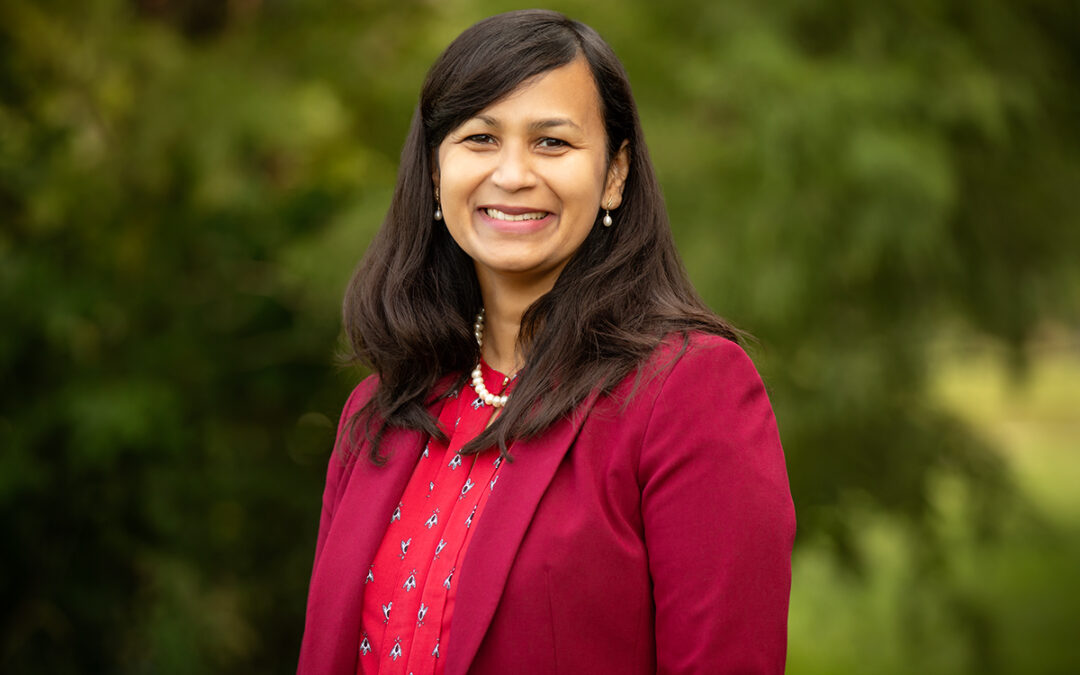 Urbana, Ill. – Cannabis has long been used to alleviate pain, reduce anxiety, and treat inflammation, with the earliest records dating back to 2737 B.C. in China. Today, many cancer patients use cannabis to treat pain and chemotherapy-related symptoms such as nausea, but researchers and clinicians still don’t fully understand the mechanisms behind cannabis and its molecular components.

Aditi Das, Cancer Center at Illinois (CCIL) researcher and associate professor at the Center for Biophysics and Quantitative Biology, is seeking to uncover the basic science of cannabinoids, natural compounds found in the cannabis plant.

Das specifically works with minor cannabinoids such as cannabigerol (CBG) and cannabichromene (CBC), which are lesser known and studied than the major cannabinoids THC and CBD. These minor cannabinoids are still present in high quantities in cannabis but remain underexplored. Her goal is to isolate these cannabinoids and develop therapeutics to treat patients without the psychotropic effects of THC.

“In studying these molecules, we are studying not just one disease but the underpinnings of several diseases. Inflammation is common across different diseases, so we should look at creating toolboxes of molecules for treating them – and that’s just what cannabinoids are: a toolkit for immunomodulation and control of immune systems,” Das said.

This research was awarded a CCIL Seed Grant in 2020 to principal investigator, David Sarlah (CCIL scientist and associate professor of chemistry), and the research team comprised of Das and Timothy Fan (CCIL program leader and professor of veterinary clinical medicine). Although Das will be joining Georgia Tech department of chemistry in Fall 2022, this research and collaboration will continue, with the goal of synthesizing the molecules, eventually leading to animal and human trials.

“We need to study these cannabinoids further and the CCIL Seed Grant was critical for cementing these relationships and pursuing this project. People often don’t want to fund high-risk, high-reward projects, but it’s so important to do so because they can lead to new scientific discoveries,” Das said.