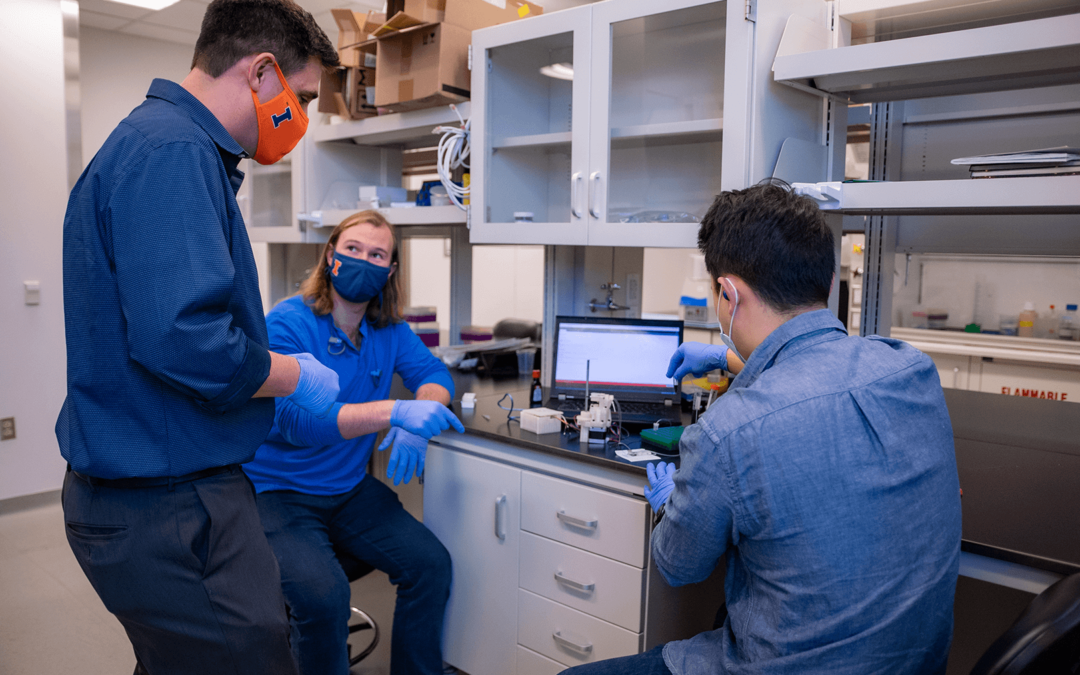 Urbana, Ill. — The basic principles of biology state that cells are one of the smallest building blocks of every living organism. Everything in your body is made of them. When we get sick or we’re diagnosed with a disease like lung cancer, though we can’t see them, our cells play a huge role in our ability to fight the diagnosis. The research lab of Gregory H. Underhill, associate professor of bioengineering, and its members are using their expertise in tissue engineering to chip away at the tightly-held secrets of the cell.

“My lab is focused on cell and tissue engineering. We’re striving to understand how tissues develop in the body, in both normal, healthy conditions, and how they change in the settings of various diseases, including developmental diseases that affect children or progressive diseases, like cancer,” Underhill said. “We want to know how cells are controlled and how their behavior is guided by their tissue microenvironment.”

Underhill’s research started in immunology, but his postdoctoral studies focused on bioengineering, specifically, tissue engineering of the liver and understanding liver cell processes. This work has continued at Illinois, where the team focuses on working with liver stem cells, using a mixture of disciplines (micro-fabrication, cell biology, data sciences) to learn as much as possible about liver development. Underhill is particularly interested in non-alcoholic fatty liver disease, often associated with high-fat content diets.

“You can get damage in the liver from fat deposits, but that can progress to liver fibrosis, cirrhosis, and in some cases, liver cancer. The environment in these livers changes – it becomes very stiff and the proteins around the cells change. We’re interested in understanding that process and how that environmental change is part of a progression and feedback loop that the cells can’t break away from,” Underhill said. 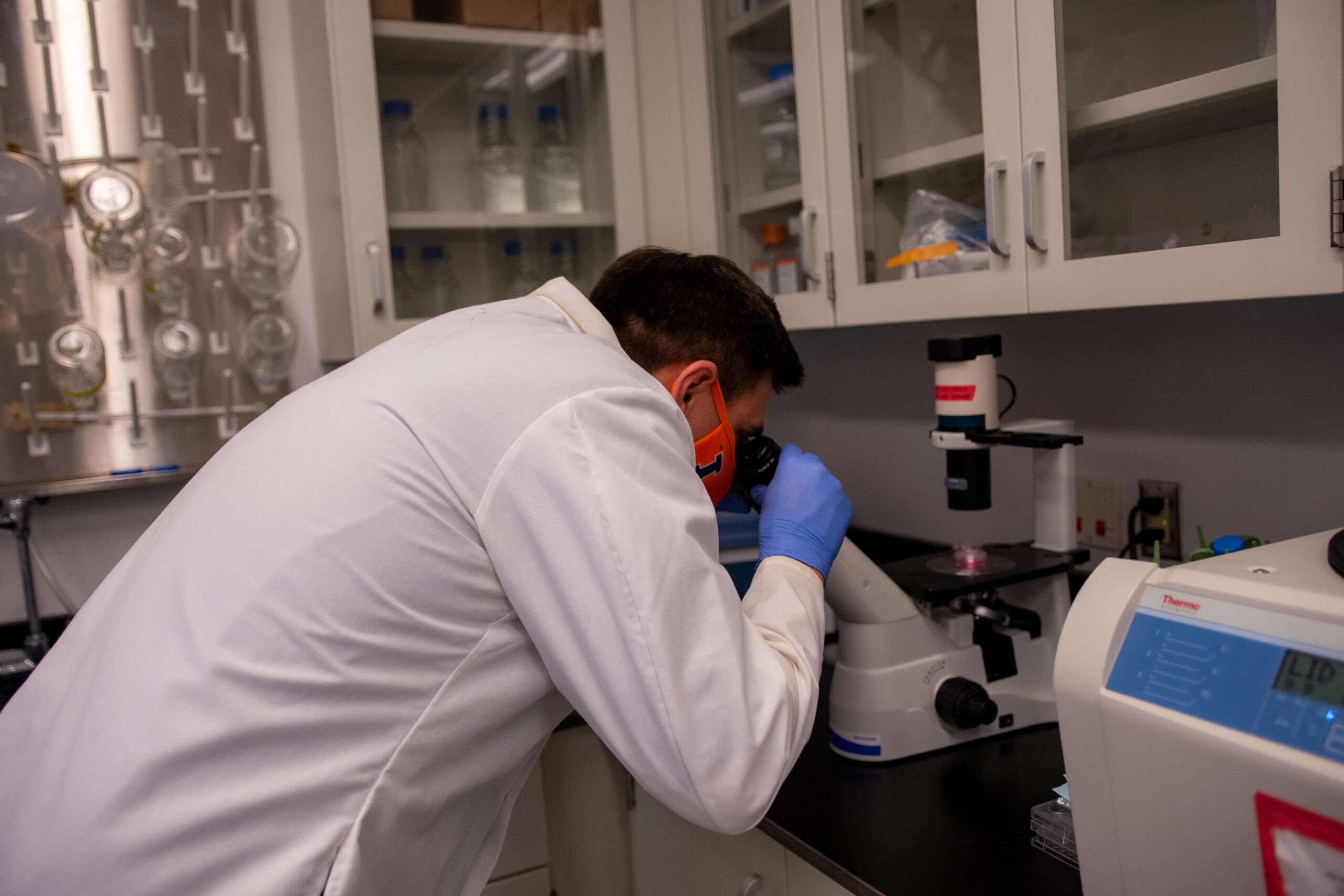 By creating a better model of that process, researchers will know what the key steps are – growing the pipeline towards more targeted therapies and effective drugs to break the disease cycle. Fortunately, the fundamentals of Underhill’s work can be applied across human bodies – we are, after all, completely made up of cells- residing in and moving between dynamic microscopic environments.

Part of the lab’s efforts included studies funded by the National Cancer Institute. “Our lab collaborated with Mayo Clinic and identified how changes in the proteins around cells can significantly influence how lung cancer cells respond to treatment,” Underhill said. “Oftentimes in cancer, there are changes or mutations in cell DNA. We conducted controlled studies where we introduced a new gene into the cell, and then at the same time, cultured the cancer cells in many different unique environments. These selective changes in the tissue microenvironments of the lung cancer cells, worked together with gene changes, to control the cell response to particular drugs.”

This research stressed the importance of the cell and its surrounding environment, which is an important consideration in the development of cancer treatments. In the future, Underhill hopes this work can also be applied in human lung cancer patients.

“We can significantly impact patient’s lives. By understanding how cells work, we can make progress across many different diseases,” Underhill said. “There’s still a lot unknown, but we have an opportunity to push science to the next levels to create more optimized systems to test cancer drugs and create more targeted therapies.”

Underhill is also affiliated with the Carl R. Woese Institute for Genomic Biology.