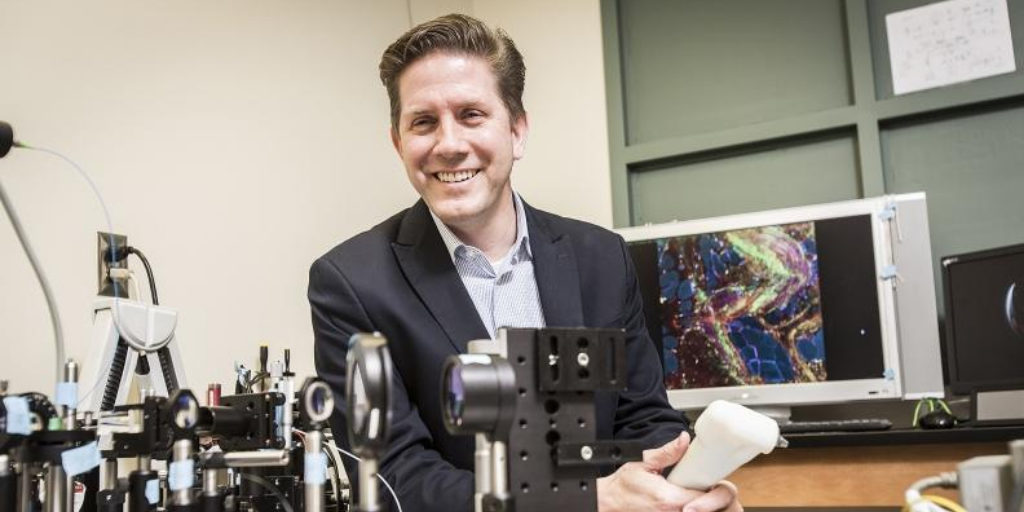 Renowned engineering scholar and innovator Stephen Boppart has been appointed as a Grainger Distinguished Chair of Engineering. “Steve’s accomplishments in all areas of his professional life have been exceptional and we are truly fortunate to have him as a colleague,” said Mark Anastasio, bioengineering department chair. “He sets a high bar for excellence that inspires us all.”

Currently, Boppart is an Abel Bliss Professor of Engineering with appointments in the departments of bioengineering and electrical and computer engineering. He serves on the executive leadership team of the Carle Illinois College of Medicine and heads the Biophotonics Imaging Laboratory at the Beckman Institute for Advanced Science and Technology.

As a distinguished inventor and entrepreneur, Boppart co-founded three companies that produce novel optical imaging technologies for surgical and primary care applications. In recognition of his achievements, Boppart was named a Fellow of the National Academy of Inventors in 2019 and recently took home the top prize for the best healthcare product at the 12th Annual Prism Awards, an international competition that honors the best new optics and photonics products on the market. Boppart was a part of the Illinois RapidVent team in response to the COVID-19 pandemic and shared his expertise in FDA regulations and testing.

Boppart graduated from the University of Illinois at Urbana-Champaign with a B.S. and M.S. in electrical engineering.  He received his M.D. from Harvard Medical School and Ph.D. from MIT in Medical and Electrical Engineering through a joint program between the two schools. His doctoral studies focused on the development of optical coherence tomography.

Since returning to Illinois as a professor in 2000, he has published over 300 invited and contributed publications and over 40 patents related to optical biomedical imaging technology.  He has also mentored over 90 undergraduate, graduate, and post-graduate interdisciplinary researchers.