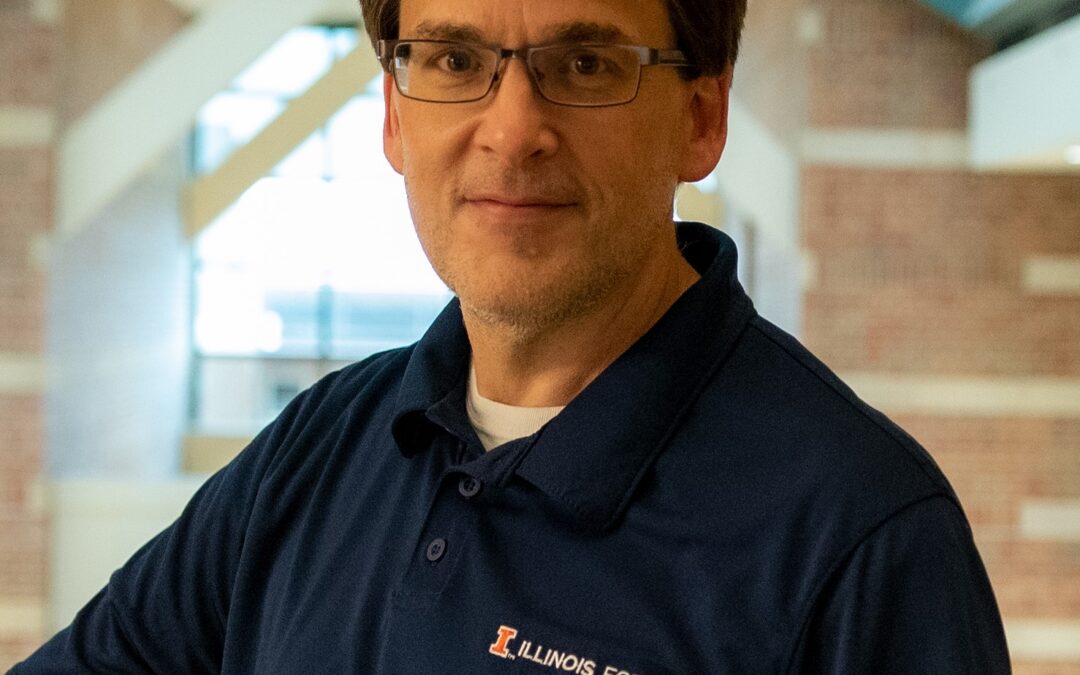 Urbana, Ill. – A Carle Illinois College of Medicine research team is developing a new device that will improve the management of breast cancer using ultrasound imaging.  The team has innovated new radiological clips that will increase visibility during imaging, reduce levels of radiation, and offer other new capabilities not previously available.

“We will be solving a known problem, identified by several of our radiologist partners both at Carle Health and the Mayo Clinic, regarding the failings of current clips for ultrasound imaging,” said research leader Michael Oelze, Carle Illinois Health Innovation professor.

The work is supported by a new $410,000 grant from the National Institutes of Health (NIH) and was initially funded by the C-Star program through the Cancer Center of Illinois.

The research team’s new ultrasound imaging clips will have two main advantages over traditional metal clips that are designed to scatter X-ray and ultrasound signals. First, the clips are active rather than passive, which means the visibility depends on the active signal and not passive scattering and helps to sustain a high-quality images during surgery. Second, the new clips will provide a unique identification tag.

“When an ultrasound imaging pulse hits one of our clips, it activates and sends out a unique signal that can be isolated from the tissue signal making it clearly visible,” Oelze explained.

The active signal also encodes an identification marker allowing specific tissue targets to be labeled. “This allows for differentiation of malignant and benign lesions in the breast. Specific tissue lesions can be targeted by surgeons with higher confidence,” Oelze said.

Ultrasound identification (USID), which can be thought of as the ultrasound version of RFID, allows physicians to tag specific tissues with specific clip numbers. During surgical resection, a conventional ultrasound probe is used to image the breast tissue and clips.

In one imaging mode, the new clips can help surgeons quickly locate specific tissues for resection after chemotherapy, triggering an audible ‘beep’ when the ultrasound probe approaches a selected clip spatially.

“In current practice, radioactive seeds are often placed in the tissues targeted for resection and a Geiger counter-like device is used to locate the targeted tissues for resection. This delivers even more radiation given to the patient. Our USID clips would eliminate the need for radioactive seeds and also provide an image for anatomical context through ultrasound,” Oelze said.

Ultrasound is safe and does not use ionizing radiation like X-ray. These new active clips will be visible to ultrasound from the day of insertion to surgical resection with the ability to specifically identify tissues weeks to months after chemotherapy. X-ray is not used during surgical resection, but ultrasound can be used to guide surgeons to targeted tissues. “This will result in improved surgical outcomes for breast cancer because malignant tissues will be better identified for surgical resection,” Oelze explained.

This research is supported through the NIH’s National Institute of Biomedical Imaging and Bioengineering (NIBIB). The funding allows the research team to fully develop their ideas, new devices, and associated software for imaging over the next two years.

The Carle Illinois research team includes Dr. April Dickenson, a breast radiologist at Carle Health, who has been with the project from the beginning and instrumental in generating new ideas regarding the work. With her assistance, the team identified new ways to help surgeons locate specific clips in the breast.

The team will also be working with Dr. Christine Lee, breast radiologist at Mayo Clinic , and Dr. Jakub James, a breast surgeon at Mayo Clinic.  The C-star fellowship through the Cancer Center at Illinois has provided funding for Ms. Jenna Cario, a graduate student working on the project.

Michael Oelze is a Carle Illinois Health Innovation Professor and director of Capstone Projects at Carle Illinois.  He is also the Frederick G. and Elizabeth H. Nearing Scholar, professor and associate head for graduate affairs in the Department of Electrical and Computer Engineering and the Department of Bioengineering in The Grainger College of Engineering. He is an affiliate of  Beckman Institute, Coordinated Science Laboratory, and Holonyak Micro & Nanotechnology Lab at the University of Illinois Urbana-Champaign.