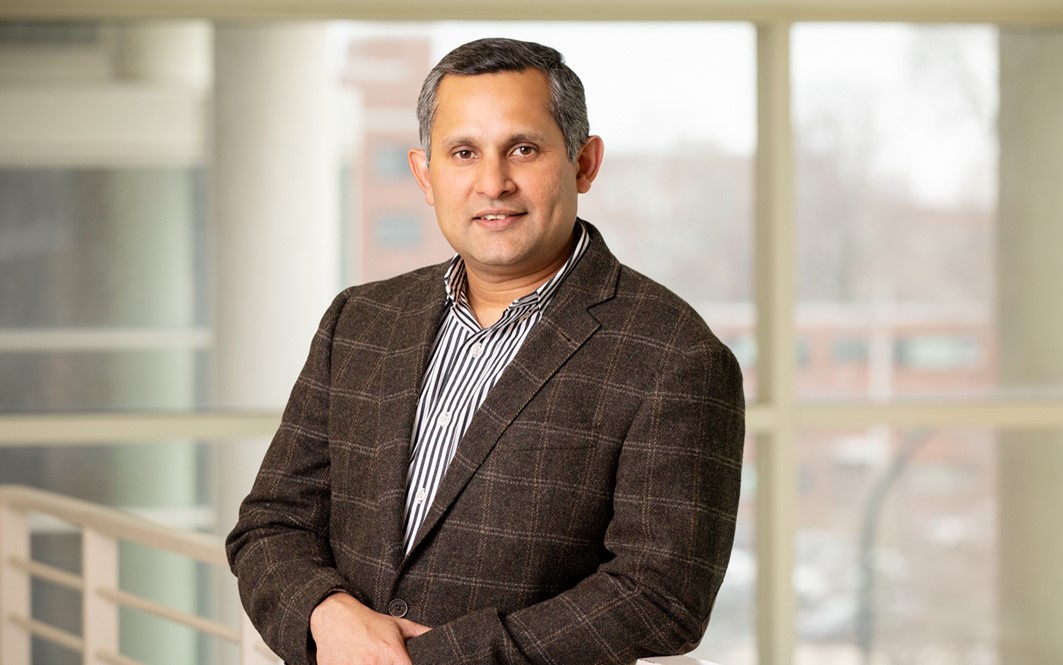 Urbana, Ill. – In 2019, Cancer Center at Illinois (CCIL) member Prasanth Kumar V. Kannanganattu was awarded a $250K CCIL Seed Grant in support of his research of the characterization of oncogenic noncoding RNAs in breast cancer progression and metastasis. A year later, the project has been further recognized and funded by a $1.25M National Institutes of Health (NIH) Research Grant (R01).

“The support from the CCIL seed grant and cross-campus collaborations helped answer key questions, created a much stronger proposal, and was instrumental in obtaining the R01,” Kannanganattu said. “The CCIL is a great platform to meet and discuss science, bringing people together with different areas of expertise.”

The initial project was conducted by Kannanganattu, primary investigator, and co-investigators Auinash Kalsotra, Erik Nelson, and Wawrzyniec Dobrucki, also CCIL members. Their goal was to provide molecular insight into the role of long non-coding RNAs (lncRNAs), which are cell-type specific and often aberrantly expressed in cancer.

Kannanganattu, professor of cell and developmental biology, focused on MALAT1, a lncRNA that is highly upregulated in several subtypes of breast cancer and heavily affects patient survival rates.

Previous research has found that MALAT1 controls the activity of splicing regulator protein SRSF1, which other researchers have found to be a key oncogene in breast cancers. Using several high-throughput analyses, Kannanganattu and collaborators continue to analyze the relationship between these genes and breast cancer, screening and identifying hundreds of genes that require MALAT1 and SRSF1 for their hypoxia-responsive alternative splicing (variations of splicing that create isoforms of the same gene, resulting in many different proteins).

Knocking out MALAT1 showed a significant decrease in tumor growth and metastasis in mouse models, but Kannanganattu proposed further research to understand the precise mechanisms. The study presented in the NIH grant aims to further the research by determining the role of MALAT1 in underlying pathways and metastasis of breast cancer.

“The data had already shown us that MALAT1 was key in breast cancer progression, but what is the physiological significance?” Kannanganattu said. “What was common among the solid tumors was the presence of hypoxic regions in the tumor, which creates favorable conditions for the tumor cells to proliferate and later metastasize by supporting angiogenesis.”

“Now, we ask how MALAT1 is controlling SRSF1, how much of it is required to form a tumor, and find out what happens to key processes associated with hypoxia, such as angiogenesis and gene regulation, when we knock out MALAT1,” Kannanganattu said.

Future research avenues include the use of TSA-seq, a genome-wide mapping technique developed in the Belmont lab at the University of Illinois, and the development of an RNA-focused therapy to control MALAT1, which the researchers hope will help control tumor growth and reduce the metastatic burden on breast cancer patients.

Kannanganattu is also providing his expertise as a co-investigator in another CCIL Seed Grant-funded project led by principal investigator Hee-Sun Han and titled, “Establishment of a spatially resolved noncoding RNA-mRNA interactome map for breast cancer progression.”