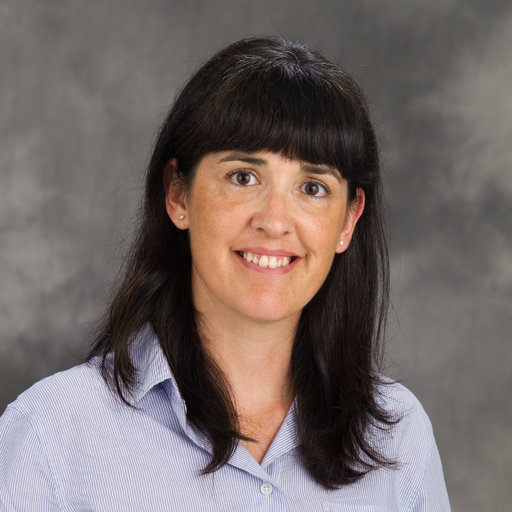 Urbana, Ill. – Many Cancer Center at Illinois (CCIL) researchers have been focusing on glioblastomas, a type of brain cancer that is very aggressive, invasive, and incurable. Sara Pedron Haba, a research assistant professor in chemical and biomolecular engineering, is contributing to these efforts with her expertise in biomaterial engineering.

Glioblastoma therapies have not significantly improved and prognosis for most diagnosed patients remains at an average survival rate of less than two years. Current treatments typically include resection of the tumor followed by chemotherapy and/or radiotherapy, but cancerous cells are often left behind as surgeons cannot remove too much without affecting brain function. The remaining cells then continue to grow and lead to more aggressive recurrences of the cancer.

It is therefore becoming increasingly necessary to find and develop fast, accurate, and cost-effective techniques for screening therapeutics for glioblastomas. These therapy screens can be conducted with traditional animal models, but these are very costly and can take a long time. Pedron Haba is developing bioengineered material alternatives to these models that can grow tumors in vitro, mimic the body’s native tissues, and can test cells with drugs and radiotherapy.

Pedron Haba’s previous research involved developing materials for cell delivery and engraftment, as well as regenerating aortic heart valves from a sample of the patient’s own cells. When Pedron Haba refocused on glioblastoma and neurodegeneration research, she realized that hydrogels and microfluidic devices were ideal materials for testing brain tumors.

“Brain tissue is very different to other tissues in the body —it is very soft, heterogeneous, and contains a large amount of water, and hydrogels are well suited to brain cells because they mimic the brain tissue structure. Gelatin hydrogels absorb water, swell, and allow for very good diffusion of nutrients and waste for cells embedded in the gel, making the material ideal for tissue engineering,” Pedron Haba said.

Hydrogels can be made from synthetic and natural polymers, and the gel can be easily degraded to retrieve the cells for further research. The nature of the gel also allows the embedded cells to remodel the tissue environment, continue growing, move, and invade similarly to their behavior in the natural brain environment. The cells are affected by environmental cues in the body, so Pedron Haba can introduce conditions and molecules such as hypoxia (low oxygen) and hyaluronic acid to observe the effects.

Microphysiological systems are another in vitro platform that Pedron-Haba develops. These devices essentially function like a microchip that recapitulate the biophysical characteristics of living tissues. These are microfluidic-based devices that allow researchers to conduct real-time tracking of cells and their response to therapeutics.

“These microfluidic devices have separate compartments where you can test different cells and treatments. You can run several tests at the same time and introduce the flow of media to mimic real body tissues,” Pedron Haba said. “These function like an organ on a chip, and we can see how tissues affect each other by connecting one chip to another.”

Pedron Haba’s work also includes the study of neurodegenerative diseases such as Alzheimer’s disease and multiple sclerosis to research therapeutics and to better understand why neurons stop working properly. Neural stem cells embedded in hydrogels can be differentiated in multiple brain cell types and observed as they are introduced to hypoxic environments to measure the effect on neural processes, morphology, and connection, all of which are susceptible to oxygen concentrations.

“There are so many variables involved with the brain, and we know so little about it. Sequencing, especially single-cell sequencing and spatial sequencing, could provide us with a lot of that missing information,” Pedron Haba said.

Pedron Haba currently conducts her studies in CCIL program leader Brendan Harley’s lab. In the future, she looks forward to running her own research lab and adding different stages of complexities to her biomaterial devices.

“These tumor models are able to integrate different brain cells in a controlled configuration to enable more accurate prediction of effective drugs using patient’s biopsied tissue. This is particularly important in cancers with low numbers of patients available for participation in clinical research,” Pedron Haba said.

Sara Pedron Haba is a research assistant professor of chemical and biomolecular engineering at the University of Illinois and an associate member of the Cancer Center at Illinois. Her research focuses on establishing bioengineered tissue mimetic hydrogels to study the biology of brain diseases and screen therapeutics. Click here to read more about Pedron Haba’s research.