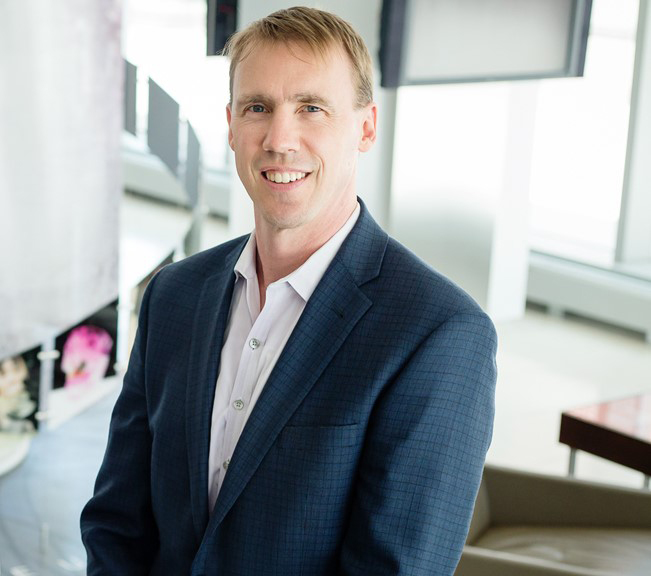 “Paul is one of the most distinguished cancer researchers on our campus with remarkable scientific achievements that are leading to novel therapeutics,” said Bhargava. “He has worked with many CCIL members and served in a leading role. He brings years of service and excellence to his new role.”

Hergenrother started his career in cancer research as an American Cancer Society post-doctoral fellow at Harvard University before joining the University of Illinois at Urbana-Champaign faculty in 2001. He has been the recipient of numerous awards, including being named an American Cancer Society Research Scholar from 2006-2010, and winning the American Chemical Society Sosnovsky Award for Cancer Research in 2018. Hergenrother serves as an external advisory board member for the Harper Cancer Research Institute, is the Director of the National Institutes of Health T32 Training Grant in Chemical Biology, and leads the Anticancer Discovery from Pets to People research theme at the Carl R. Woese Institute for Genomic Biology.

“Paul Hergenrother has done beautiful science dedicated to finding new cancer drugs, such as PAC-1, and to translating them into the hands of patients via clinical trials,” said Martin Gruebele, Head of the Illinois Department of Chemistry.  “As Director of Illinois’ Training Grant at the Chemistry-Biology Interface, he equally cares about students’ success. He is the perfect Deputy Director for CCIL to match up basic science driven by student research and the clinic.”

Hergenrother succeeds David Kranz, the Phillip A. Sharp Professor of Biochemistry. Kranz has served the CCIL as Deputy Director since 2017 and was a part of the original Cancer Community at Illinois since its inception in 2010.

Kranz managed and initiated a number of strategic and interdisciplinary activities – including the development of seed and planning grants, oversight of cancer research programming, and led collaborative projects with OSF Healthcare. Kranz is a distinguished immunologist focused on developing T cell-based immunotherapy against cancer. He is an inventor on 18 issued U.S. patents and many international patents. He co-founded two of the most successful start-up companies originating from research at the University of Illinois: BioDisplay and ImmuVen.

“Dave has been a key contributor in transforming Illinois’ cancer community into a visionary Cancer Center,” said Rohit Bhargava, CCIL Director. “He has been a critical contributor in working towards the National Cancer Institute designation. The entire CCIL, and I am personally, deeply grateful for his expertise and leadership.”

The CCIL was institutionalized in 2018 under the University of Illinois at Urbana-Champaign’s Office for the Vice Chancellor for Research and Innovation (OVCRI). With over 80 members, spanning 19 campus departments, the CCIL is bridging the cancer and engineering-science continuum through technology and interventions.